In an online *article on October 31, 2014, Politico.Com headlined   “The Tea Party Isn’t Giving Up Against The IRS, By Mark Meckler,  we read how a District of Columbia district court judge, Reggie Walton, dismisses lawsuits protesting the IRS’s targeting of conservatives.  But, as Meckler reminds us, the fight will continue. 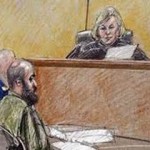 Judge Walton dismissed almost all counts in two major lawsuits brought by conservative groups against the IRS.  We are informed by the author that Walton is an appointee of President George W. Bush, and he asks why the judge would make that decision.

Meckler goes on to say that in a ‘believe it or not’ fashion the judge ruled “that claims for injunctive relief are moot because there is “no reasonable expectation” that the IRS would continue to target conservative organizations based on their viewpoint.”

The judge may honestly believe what he says, that there is “no reasonable expectation” that the IRS would continue their crusade against the conservatives but I certainly don’t, and you can bet many others do not trust the IRS to do ANYTHING favorable for the people.

It may sound plausible to some people, but I agree with Mr. Meckler and find it in the category on how he phrased it, in Ripley’s “believe it or not”. As in, HUH?

Why is it—or am I mistaken in my thinking—that all the judges that Presidents Clinton and Obama have appointed seem to constantly rule against the people and their thinking is clearly in favor of liberal socialist decisions favorable to the corrupt United Nations?

How can over 40 percent of the country believe an unparalleled liar like Barack Obama?

And how did a philosophy that contends such agreement and even praise of Islamic terrorism, literal agreement with such ideas as no safeguards or discipline on information regarding the unfettered permission of just about anybody at anytime be able to vote any way he or she chooses and yet allows their leaders to enact laws to regulate how their health standards are done as those leaders wish without regard to choice; a word which they are normally in love with?

And how can over 40 percent of the country believe an unparalleled liar like Barack Obama?

Lately, numerous decisions favoring these liberal appointees have gone just the way the embattled Obama and his highly socialistic minions could have asked and it’s like winning a major lottery just when it is needed.  And here is a case where a mostly conservative president appointed a judge who most citizens would think is also of conservative persuasion and he hands down a decision that cheers only the dratted liberals.  And only fellow liberals feel the joy of lottery millions.  That’s like getting an extra slice of mom’s pie for dinner.

But I don’t exactly buy the logic the author claims the good judge put forth saying, “that claims for injunctive relief are moot because there is “no reasonable expectation” that the IRS would continue to target conservative organizations based on their viewpoint.”  All of which I seriously doubt, because if I were a liberal (ugh) I’d play that pony ‘til it was time for an early retirement.

Also, I would be cautious in the future about Judge Walton’s decisions regarding a conservative vs liberal issue in that I am basically inclined to surmise that a black judge might have some latent check marks for his fellow blacks that would go against my judgment.

Obama and his chief henchman, Eric Holder, who will probably not be on the spot for the un-Justice Department any more, should be happy knowing that there is a comrade black judge who, though thought to be prone to rule in a conservative manner as his appointer, is willing to rule in favor of his liberal instincts instead of his politics.

The areas of contest that the author expounds as proof that the IRS erred in their pursuit and the Judge’s rapport and agreement is laboriously and methodically explained in the article referenced above for what he terms as unauthorized inspection and disclosure of taxpayer information; all very detailed and tedious, but injurious to the conservative viewpoints.

Eric Holder as Atty. General did, as Texas Congressman John Culberson pointed out by stating “There’s clearly evidence, overwhelming evidence, that your Department of Justice refuses to protect the rights of anybody other than African Americans to vote,” while speaking in defense of his Justice Department, take an example from some 50 years ago, to provide a justification for the absolutely abominable conduct of the hostile Black Panthers’ in Philadelphia, PA, at the voting polls in 2008.

It was a ludicrous statement to make to make without providing any reasons to justify the obvious ignorant show of force as “pay back” or retribution for an incident so far back in time.  Holder was only justifying why the hideous Black Panthers have become designated to be the enforcers of warped justice as envisioned by those ugly-acting blacks, and carrying weapons to show their mis-placed “tit-for-tat”.

Using a criminal intent public exhibition to theoretically “even the score” was truly a racist statement that they got away with without punishment.

Was the conduct of white persons so egregious in the 1960s as to the Black Panthers conducting their egregious actions multiple decades later in the form of contentious uniforms brandishing weapons capable of maiming and seriously injuring and yes, even killing and presenting the appearance of using them?

Relations between blacks and whites may never reach the completely satisfactory levels for absolute perfection, but they are a long ways more compatible than they were fifty years ago.  If people like Holder, Obama and the Black Panthers are going to use attitudes from a half-century in the past to justify unjust behavior today, all the great advances in civility and relations between the races during the interim, will have been for naught.

Obama and Holder should keep that in mind, while keeping the Black Panthers in line.

In Case You Missed It:  BREAKING: Gavin Newsom Will Remain Governor of California
Posted in Freedoms and tagged Constitution, Freedom, Liberalism, Political Correctness, United Socialist States of America, US Citizen.

A Maine official said Friday that Kaci Hickox’s roommate while she helped Ebola patients in Africa has been diagnosed with...