A Maine official said Friday that Kaci Hickox’s roommate while she helped Ebola patients in Africa has been diagnosed with Ebola, WAGM-TV reports. 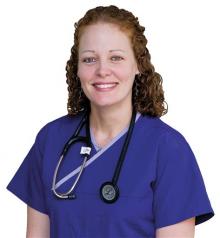 It’s also unclear exactly how Dallas nurses Nina Pham and Amber Vinson, the only two people to become infected with Ebola within the U.S., contracted the disease.

Hickox worked as a nurse treating Ebola patients in Sierra Leone with Doctors Without Borders and was the subject of a forced, three-day quarantine in New Jersey when she registered a slight fever when she returned to the U.S.

Maine officials have requested that Hickox quarantine herself at her home until the 21-day incubation period for Ebola is up on Nov. 10, but she’s refused to cooperate. A Maine judge rejected the state’s request for a court-ordered quarantine on Friday.

Hickox has been adamant that the quarantine request is not “based on science” and her former employer, Doctors Without Borders, has warned that the quarantines are “chilling” their efforts to keep volunteers coming to West Africa to help fight the Ebola crisis there.

In Case You Missed It:  Open Records Request for Emails Between Brad Raffensperger and Taiwan Immigrant Finally Received But Were 90% Redacted – What’s Going On?
Posted in Freedoms and tagged Africa, Ebola, Health And Human Services, Maine, United Socialist States of America, US Citizen.

How Sneeze Particles Travel Inside An Airplane

At first, the video displays the virtual insides of a crowded passenger airplane. Then all of a sudden, one of...