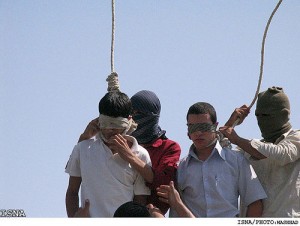 Freedom of religion may still be intact for now, but it was nearly taken away when five Christian pastors were targeted by the government for not being on board with the gay rights bandwagon. While gay marriage has become the hottest political topic in the US over the past year or so, and 32 states have made same-sex marriage legal, the idea is being forced upon everyone, no matter what their religious beliefs.

When the religion in question is Islam, not a word. Ironically, as the issues of gay rights and gay marriage are sweeping the nation, the relationship between the US and Iran is getting warmer. While Iran continues to consider the US its enemy, the Obama Administration has been in talks with the Muslim nation to battle our common enemy of ISIS, even though Iran is responsible for the killing of around 1000 Americans just since 2003. And Obama dismisses the threat of Iran developing nuclear weapons, removing important sanctions against the country which is and has been our enemy for years. Here’s the ironic part- as the US pushes the gay rights agenda, Iran, despite its claim to the contrary, executes homosexuals.

In August, Iran hung two men, Abdullah Ghavami Chahzanjiru and Salman Ghanbari Chahzanjiri, presumably for having consensual gay sex. These hangings added to the more than 400 executions in Iran in just the first half of 2014.

A few months earlier in March, two other gay men were executed in Iran for the crime of perversion, a vague offense under which all sorts of crimes may fall, anything considered immoral according to Sharia Law.

Reza Farahan, star of the reality TV show “Shahs of Sunset” is an openly gay Iranian-American, and unlike the Obama Administration as well as our liberal media, addresses the persecution of homosexuals in Iran and the Middle East in general. Just to provide a little taste of his personality, Farahan said in an interview for the Huffington Post, “I identify as the most un-Muslim, semi-Jewish, stunningly beautiful gay Persian man living in Los Angeles.” He states that the attitudes in the Middle East towards homosexuality are part of what motivated him to pursue a career in reality television.

Yet he is practically alone in this pursuit to expose the treatment of gays in the Muslim world. The general liberal consensus in the US in regards to the “gay” issue, is to talk about nothing but gay rights domestically, but to completely ignore the execution of gays when those responsible are Muslim governments. In Brunei, Iran, Iraq, Mauritania, Nigeria, Qatar, Saudi Arabia, Somalia, Sudan, UAE and Yemen, homosexuals who engage in homosexual acts can be executed.

There are actually 79 countries, mostly in Africa and Asia, where homosexuality is illegal. 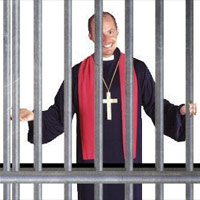 However, addressing the issue of the persecution of gays in these African and Asian nations, many of which are Muslim, is not on the agenda. Attacking American Christians opposed to gay marriage or homosexuality entirely due to their religious beliefs, on the other hand, is perfectly acceptable. Like Phil Robertson, of the reality show “Duck Dynasty”, whose Christian views on homosexuality got him in a heap of trouble with the gay community. Or these five Christian preachers in Texas who publicly opposed an ordinance banning the “discrimination” of gay and transgender residents, and who were issued subpoenas for sermons they made. The subpoenas were later withdrawn, but why were they issued in the first place?

While it may sound immoral at face value for these Christians to oppose the discrimination of gays, is that really the cause for their objection? The ordinance allows for such things as people choosing whichever public restroom they want, regardless of their physical gender, but based on the gender with which they most identify. That means that a man could walk into a women’s restroom or vice versa. Should such a thing really fall under “discrimination?”

Most people who oppose legalizing gay marriage do not condone the discrimination of gays. They are not walking around with white hoods and burning crosses. It simply goes against their religious teachings but does not mean they support real discrimination, a word which apparently has been broadened thanks to the addition of “transgender rights” issues to the mix, which is the reason why we are now contemplating men using a women’s restroom. Wouldn’t that make most people uncomfortable? How is that discrimination?

The mayor of Houston, who is gay incidentally, decided to withdraw the subpoenas but only after a public outcry. Fox News reports that the subpoenas are only revised and that the city has changed the request for “sermons” to “speeches.” Looks like Christian sermons are being attacked after all.

And Muslim sermons which call to destroy the West, to kill the unbelievers, to kill the Jews? Actually, Muslim imams are still free to preach violence. And Muslim countries will go on executing homosexuals, while liberal communists make it a greater offense to verbally oppose gay marriage or transgender “rights” than to support Sharia Law, the same Muslim law in some of the countries which oppose gay marriage, not verbally or with the strike of a pen, but with the death penalty.

Perhaps “freedom of religion” only applies to Islam.

More on the story at Fox News.

Childishness is What Liberalism Is All About

By Tim Dunkin Anyone who regularly uses common sense knows that liberals are almost always wrong.  Wrong in their opinions,...