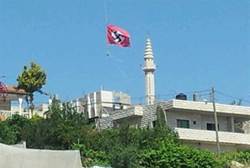 A trailer promoting the new game was recently posted to YouTube by the Middle East Media Research Institute (MEMRI).

In this new game, players have to “get rid of the Israeli settlements, buy weapons and to implement prisoner exchanges,” as explained in Hamas’ Falesteen newspaper.

The game teaches players that negotiations “can never bring to any positive result” and that “the language of weapons is the most effective with the Israelis,” according to one of the game’s developers.

The game is also meant to “strengthen the national culture and plant desire for the liberation of Palestine in the hearts of the players, especially children,” according to Falesteen. In other words, the game is meant to inculcate the idea that Israel should not exist.

Karam Hussein, one of the game’s developers, stated in an interview for Arabic Sky News that “the idea is to develop the spirit of resistance among Palestinian boys and girls.”

In the game, the player can purchase a number of weapons including grenade launchers, AK47 assault rifles, and rockets, according to the IDF website. An explosive belt can also be purchased in order to perpetrate suicide attacks.

The game is linked to social media platforms in which users receive upgrades and encouragement for their actions. Comments such as “Twenty-five Zionist settlements were destroyed by [user]. God bless you and the path you have chosen,” are common on the game’s Facebook page.

The game is yet another example of how Palestinian Arab media, both Hamas’s as well as Fatah’s, incites to violence against Israel.

Other examples of incitement include the glorification of Nazism and the lionization of Adolf Hitler, as well as programs on official PA television featuring heavily-stereotyped Jews as villains (and encouraging violence against them), and various TV and radio shows which literally wipe the Jewish state off the map.

In the largest terrorist attack in Pakistan in more than a year, a suicide bomber on Sunday detonated his explosives...