The massive riots on Sunday by nationalist Against Muslim in Cologne seems to have spread to Dresden were public assembly showed in full force and plans are on the way for additional massive protests on November 15th planned in Hamburg and at the Brandenburg Gate, the center of the capital of Berlin itself, German media reported. 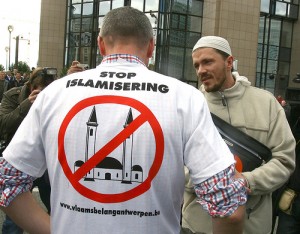 A member of the group who described himself as a devout Bible believing Christian denounced the false portrayal of the group by leftist media as “Nazi” and said Monday that “this is only the beginning” vowing that this will spread to Dresden and other places across Germany and Europe.

Sure enough, in Dresden yesterday, the group took to the streets under the banner “Patriotic Europeans against the Islamization of the West” (Pegida) against what they termed Muslim “religious wars”.

After the protests in Cologne it is expected that both the police and counter-demonstrators otherwise prepare for the appointment on November 15th in which the police is preparing for a massive deployment of agents in Berlin to confront the coming unrest especially since leftist and Muslim groups in the city have already announced a showdown of retaliation against the nationalist. Germany is expected to witness civil unrest and a line in the sand be drawn between left and right.

The right to public assembly is settled in German law and banning these demonstrations is quite difficult, on the other side Muslims have often protested and even paraded around with hate saying “Europe’s 9/11 to come, and police could do little then and little, now. Leftist politicians hope that the recent violence in Cologne is sufficient to proclaim a ban on the nationalist right to free public assembly, but have not banned Muslim groups even with their violence as well.

The messages by the group over the internet regarding the massive event in Cologne says that this was only the beginning.

The nationalist against Muslim immigration originated on the Internet and at the first big demonstration last Sunday in Cologne quickly came to violent confrontations with the police. Over forty policemen were injured and seventeen arrests were made.

The Facebook page already has 5000 people signed up for the demo in Hamburg and growing.

In Germany this month the controversy erupted after intolerant Muslim in bright orange vests started a Sharia law patrol at the doors of discotheques, cafes and amusement arcades and told people to refrain from drinking alcohol which sparked new debate on whether Islam should remain in Germany. Muslims with the words ‘Sharia Police’ written on the back patrolled the city of Wuppertal in October which also caused an outrage amongst Germans and wondered how to react to Muslims being so bold to push Islamic ways in Germany. 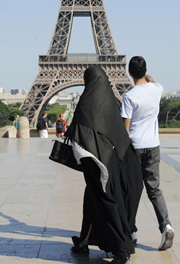 Anti-immigration demonstrators members took to the streets reportedly chanting “foreigners out.” Is this the beginning of a new trend as Nationalist groups are growing in most European countries? Will this be something that goes viral in Europe in the coming years?

There is a 2000 year old saying “when in Rome do as the Romans do”. Sadly, immigrants either don’t know it or just don’t care. Europe is on a brink of a war with Muslims. I think its a terrible idea that will end in lots of blood and in the end accomplish nothing. The problem stems from the fact that Muslims are the new dissident class that are unwilling to compromise. One of the two cultures will break and change or perish.

I’m pretty sure this immigration will trigger wars in Europe. This continent has simply lost control over its own borders, and the native population is being replaced at an astonishing rate in many of its major cities. Europe has a rather violent history, and migrations of this magnitude have usually triggered wars between the original population and the newcomers:

The population movements we are witnessing now are the largest and fastest in human history. In Europe, they can only be compared to the period often referred to as the Great Migrations, following the disintegration of the Roman Empire. However, during the 4th and 5th centuries, the total human population of the world was in the order of 200 million. Today, it is 30 times larger than that, and still growing fast.

On top of that, the Romans didn’t have human rights lawyers advocating that millions of barbarians be let into their lands. Is it a coincidence that the last time we had migrations like this was when large parts of the European continent suffered a complete civilizational breakdown? Is that what we are witnessing now? The second fall of Rome? 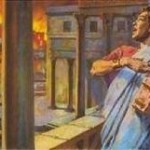 The situation becomes even worse when we enter another factor: Islam. The Islamic world is at war with pretty much everybody, everywhere. Both Thailand and the Philippines, countries where the Muslim population is not much larger than it is in some Western European countries, are facing war. Even Norway, a country with no colonial history and a Muslim population of only 2-3 %, has already experienced shootings to intimidate critics, gang fights, terror threats and attempted terror attacks, as well as visits from supporters of bin Laden. It’s pretty amazing that such a small population group can create so much instability.

Countries such as France, Holland and Sweden could soon reach a point where the Muslim population will create something akin to civil war.

Tens of millions of immigrants pour into Europe, changing the face of the continent forever without any real debate about the issue. People feel like strangers in their own cities, but are being silenced as “racists” if they object to this. There is a widespread feeling that Europe is descending into chaos, and that the governments are unwilling or incapable of stopping this. If this situation continues, some people will cry out for a Strong Man to “cleanse Europe of foreigners” and restore its honour and wounded pride. And He will step forward. By then, you won’t have a “Clash of Civilizations” in Europe, but rather a Clash of Fascisms: Euro-Fascism vs. Islamo-Fascism.

Major cities across the continent are now powder kegs of ethnic and religious tensions, built up after decades of failed immigration policies and an absence of a genuine debate. Common sense says that when you have a powder keg waiting to explode, adding even more powder is not the smartest thing to do.

Bill O’Reilly slammed the “dubious people” who wrote “misleading things” about Jesus in a new book. “The Lost Gospel” claims...