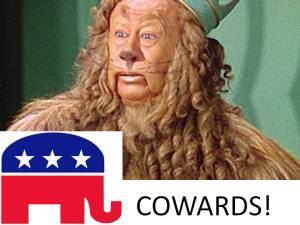 As time goes on, President Obama is becoming much more provocative with the GOP. For example, he met with congressional Democrats, but no Republicans, then announced his long awaited plan for executive amnesty, giving 5 million illegal immigrants a pathway to work permits and relief from possible deportation for 3 years. After getting shellacked in the mid-terms, Obama has not compromised with Republicans, he moved further to the political left.

It was an audacious announcement that was both unconstitutional and confrontational. It circumvented Congress, and their vital role in this issue, and was, thus, radically different from the last time amnesty was given to illegal immigrants. In 1986, President Reagan did not issue an executive order on illegal immigration; he signed a bill passed by Congress.

Sadly, this President does not care what Congress thinks or does. He has no interest in meeting or working with them. Whether he is acting like a tyrant or an emperor, it is clear that he is not acting in conjunction with Congress.

Now, the $64 billion question is what should the GOP leadership in Congress do? They have several options, such as impeachment, lawsuits or defunding all of the activities associated with this executive action. The least attractive option is to do nothing, but that is what happened today when the congressional Republicans boarded planes and left town.

In the face of a “constitutional crisis” and a lawless President with his unprecedented executive action, the GOP acted like cowards. While House Speaker John Boehner said the House “will act” and that Barack Obama is “damaging the presidency,” he offered no specific response. This is pitiful since Boehner and incoming Senate Majority Leader Mitch McConnell have known that Obama was going to make this announcement after the mid-term election.

Instead of fighting, Boehner, McConnell and other key Republicans fled the scene in a cowardly way. Of course, Republican leaders are afraid of their big business benefactors who love cheap labor and who applauded the President’s action. Also, they are afraid of being called nasty names by Democrat leaders, the President, Hispanic activists and the liberal media.

They only group the GOP leadership is not afraid of fighting are the grassroots conservatives in their own party. They fight these good patriotic Americans tooth and nail, but play lap dog to the President and his liberal supporters.

Conservatives who are looking for a champion will not be able to find one in McConnell or Boehner or the establishment candidates running for President, such as New Jersey Governor Chris Christie, former Florida Governor Jeb Bush, or heaven forbid, Mitt Romney.

Necessary courage may be found among the more conservative presidential candidates like U.S. Senator Ted Cruz (R-TX) or Dr. Ben Carson. However, if the Republican Party does not start positively responding to grassroots conservatives, these key activists may bolt the GOP.

Conservatives flooded the polls in the mid-term election to restore Republicans to leadership positions in the U.S. Senate and retain control of the House, but to what avail? If the GOP in Congress will not stand up to Obama, what good is having the leadership positions?

Since the mid-term election, the President has moved to the left by signing a climate change agreement limiting our carbon emissions, appointing a very liberal Attorney General, and offering a bold plan to increase government oversight of the Internet. All of these initiatives are threats to this country and they need to be met with a confident and clear response. Republican leaders should explore all political and legal remedies.

Within three months, the dangerous components of the President’s immigration plan will become operational. The clock is ticking on a response. Will Republican leaders finally show some courage?

I was wrong. I once believed that no matter who was elected president, he would never be quite as good...