A British-Iranian woman who was detained after attempting to watch a men’s volleyball match in Iran, has been freed on bail, her family said Sunday, according to the BBC. 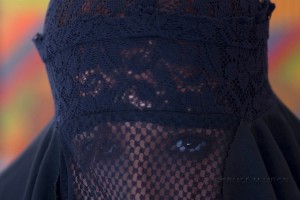 The woman, Ghoncheh Ghavami, was freed because of health problems and was staying with her parents in Tehran awaiting a decision by the Court of Appeal, the family said.

Ghavami, 25, was part of a group of women arrested after trying to watch the match on June 20.

Iranian prosecutors have since accused her of having links to the opposition.

Ghavami has staged hunger strikes against her detention, while hundreds of thousands of people have signed a petition calling for her release.

Her brother, Iman Ghavami, told AFP Sunday that she “was released on bail just a couple of hours ago” and would stay with her parents in Tehran until her court appeal.

Prosecutors had handed down a verdict a few days ago, finding her guilty of “propaganda against the regime” and sentencing her to a year in prison, he added.

“Everyone knows that she didn’t do anything. She shouldn’t have been in prison for the past five months anyway,” he said.

Iran’s Sharq newspaper said on its Twitter account (in Persian) that Ghavami was released after paying bail amounting to $38,000.

Ghavami and the other women were arrested and allegedly beaten after attempting to watch Iran play Italy in a volleyball match.

They were later freed, but Ghavami was rearrested later and subsequently put on trial.

The Iranian authorities have argued that women need protection from the “lewd behavior” of male fans.

The BBC noted that the UK’s Foreign Office has previously expressed “concerns about the grounds for this prosecution, due process during the trial, and Ghavami’s treatment whilst in custody.”

Ghavami is both a British and Iranian national, but dual nationality is not recognized in Iran.