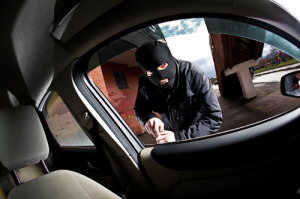 Thanksgiving is here and the Christmas season will soon be in full swing.  Theft and other crimes seem to increase when people are out and about shopping or partying and not paying much attention to anything else.

The other day the management company left a flyer on our door about a “Resident Meeting” regarding apartment safety. I was concerned enough that I attended the evening meeting after work. A couple of policemen and the building management were in attendance. The reason for the meeting was to discuss recent criminal activity in the area, and to warn residents about personal safety.

My neighborhood is in the middle of the city of Houston. If you ever visit the city, you will notice very quickly that the city does not have strict zoning laws. As a result,most areas include a mix of residential, commercial and industrial. One block could be a nice residential area, and across the street would be high rises or industrial parks, unless you live in a planned community in the suburbs. So you can live in a block with nice residences, but go two blocks and you can quickly find yourself in an unsavory looking area. Being careful and aware of your surroundings is very important. Not being critical or negative, that is just the way it is. While we carefully picked the apartment we live in, checked crime statistics and all that, crime in any area is inevitable.

Back to the meeting. Apparently, the management company decided to have a meeting due to a recent shooting that occurred in the complex. They wanted to reassure the residents that it was not a random event but a shooting between acquaintances, a “drug deal gone bad.” There were no fatalities, the shooter was arrested and the victim was shot in the leg. I was still unsettled by the incident – it is not very reassuring to hear that a resident was doing a drug deal. The resident has since been evicted; at least he is not around anymore. The cops also informed us there have been car break-ins and some theft.

Staying safe during the holiday season

Sorry if this article sounds a bit paranoid, but these are the times we live in. A big part of survival mentality or preparedness is paying attention to your own personal and family security.

Delivered by The Apartment Prepper

Obama: ‘No Sympathy’ for Those Resorting to Violence Over Ferguson

President Obama last evening appeared to toughen his stance against rioting and looting in the wake of Monday’s grand jury...