Missouri Lt. Governor Peter Kinder (R) reported that he and leaders in the Missouri House and Senate are filing a request to see the communications between the White House and Governor Jay Nixon (D) to see if the White House pressured Nixon not to send the National Guard to Ferguson on Wednesday’s “Hannity” on the Fox News Channel. 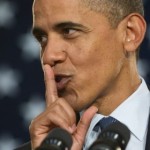 Kinder said “it has emerged that Valerie Jarrett had multiple conversations with the Governor of Missouri, the chief executive and commander-in-chief of the National Guard when he was not communicating with the Mayor of Ferguson where the trouble happened, in August and where we knew it was likely to happen again.”

When asked if he had any legal remedies to see the communications between Nixon and the White House, he stated “I’ve been on the phone with legislative leaders in both the House and Senate, and we will be filing a request. And I want to put down this marker on your air, remind everyone working for the governor and the executive branch that the destruction of e-mails is an offense punishable under our criminal laws, and they cannot be doing that.”

Kinder added, “in his press conference yesterday afternoon the governor issued what I would call a non-denial denial it was not really a denial. He denied that anybody’s motivation was political. Well, no one alleged that. Okay. The Governor of Missouri owes the people of Missouri a whole lot of answers that he has not given to date.” And that the media was being “stonewalled” and hoodwinked” by Nixon.

All roads lead to Obama. Fast and Furious, Benghazi, the IRS scandal, the waves of Central American “children” flooding over the border, the VA scandal, ISIS, trading the Taliban central command for a deserter,  and now the race riots in a North St. Louis.

Where are the Republicans we sent to stop him? Sucking their thumbs in the corner? Get up off your a** Bohner and DO SOMETHING about it for God’s sake or get the f*** out of the way you gutless POS!!!

In Case You Missed It:  Jim Hoft from Gateway Pundit Joins the Great Christina Bobb on OAN’s Weekly Briefing to Discuss Biden, His Failed Regime and the Stolen Election (VIDEO)
Posted in Tyranny and tagged Crime, Obama, Riots, White House.

Watch This Unemployed Army Veteran Get the Surprise of His Life

After three years in the Army and deployment to Iraq, this soldier like many others  struggled to pay the bills and find...