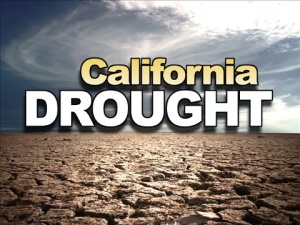 “It’s important to note that California’s drought, while extreme, is not an uncommon occurrence for the state,” said Richard Seager, the report’s lead author and professor with Columbia University’s Lamont Doherty Earth Observatory. The report was sponsored by the National Oceanic and Atmospheric Administration. The report did not appear in a peer-reviewed journal but was reviewed by other NOAA scientists.

“In fact, multiyear droughts appear regularly in the state’s climate record, and it’s a safe bet that a similar event will happen again,” he said.

The persistent weather pattern over the past several years has featured a warm, dry ridge of high pressure over the eastern north Pacific Ocean and western North America. Such high-pressure ridges prevent clouds from forming and precipitation from falling.

The study notes that this ridge — which has resulted in decreased rain and snowfall since 2011 — is almost opposite to what computer models predict would result from human-caused climate change.

Some outside climate scientists criticized the report, saying it didn’t take into effect how record warmth worsened the drought.

“The authors of the new report would really have us believe that is merely a coincidence and has nothing to do with the impact of human-caused climate change?” Penn State meteorologist Michael Mann wrote Monday in The Huffington Post. “Frankly, I don’t find that even remotely plausible.”

Mann said the NOAA report focuses primarily on the lack of precipitation, not the unusually high temperatures measured in the oceans as well as across California.

“This study completely fails to consider what climate change is doing to water in California,” wrote Kevin Trenberth, head of climate analysis at the National Center for Atmospheric Research. He said the work “completely misses” how hotter air increases drying by evaporating more of it from the ground.

This year, California is having its warmest year in 120 years of weather records, the National Climatic Data Center reported Monday.

Peer-reviewed studies are divided on whether the drought can be blamed on climate change.

Gov.-Elect Abbott: Texas Suing Obama Because of Constitution, Not Immigration