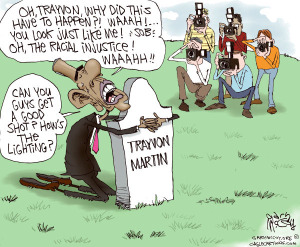 No other Administration in American history has manufactured so many crises and committed so many impeachable crimes as the current one.  The number of governmental wrongdoings and pervasiveness of political scandal are as unprecedented as they are unrivaled.

No other US President has acted in such an autocratic manner, and with such impunity.  President Obama’s ongoing dictatorial conduct has become so consistent that many refer to him as king, as well as the first monarch of the USA.  To those who have watched him systematically trash the Constitution, tyrant and despot are the more common descriptions.

The entire Executive Branch has become infamous for its predictable lawlessness and chaotic governance, deceptive pronouncements and diplomatic dissembling.  Every thing they do, or don’t do, is mired in political calculation and self-serving machinations.  Continuation of the facade of political correctness appears to be its central organizing principle, as well as the defining characteristic of so many incompetent ‘czars’ and unqualified politicos.

Just how numerous are the scandals and incessant are the improprieties … as well as the unparalleled transgressions against the Constitution and flagrant violations of federal law?  Here are just a few of the more serious offenses perpetrated by the Obama Administration:

The last three bullet points above clearly spell out a deliberate and premeditated strategy to divide the nation using manufactured racism.  That racially charged agenda has been implemented with a “nod and a wink” since the very inception of Obama’s first term.  In light of the growing list of serious scandals and unrivaled law-breaking by this Administration, it is clear why there is such a relentless push for a “full scale race war”.  Obama’s inner circle must feel that it has no choice but to distract the American people from the unrelenting corruption and ubiquitous malfeasance that must be kept hidden from the public.

When it’s not distracting the citizenry with transparent race-bating, the Obama Administration is diverting attention away from the very real class war that has been raging since the stock market crash of 2008.

Clearly, there is a much more significant and profound reason for so much racial conflict purposefully generated by Obama, his political proxies and agents throughout the Mainstream Media (MSM).  Ever-intensifying class warfare has been raging across the nation since September of 2008.  The moneyed class has been under direct assault by those who have been harmed by the greatest transfer of wealth in modern history.

Whenever there are multiple economic and financial cataclysms as the world has experienced since 2008, there is also a simultaneous and massive redistribution of wealth.   Because of the blatantly lopsided rules of the game, the flow of wealth has been effectuated from the middle class to the wealthiest.  In this way the 1% now possesses an extremely disproportionate share of the world’s wealth relative to the 99%.

As inflation escalates and wages stagnate, the middle class (as well as lower socioeconomic groups) see their wealth persistently eroded.  After being stuck for several years in this recessionary and inflationary cycle, the financial pain is becoming too much for many to bear.  Working two or three jobs has taken its toll, especially for the primary wage earners.  Many have reached a breaking point and hold the political and corporate classes responsible for their economic difficulties and/or financial ruin.

In both instances the Obama Administration has used the tragic shootings of young blacks to literally agitate the already inflamed passions surrounding both volatile incidents.  Neither Michael Brown nor Trayvon Martin deserved to die and both deaths are truly regrettable. However, both cases presented overwhelming evidence against indictment and conviction respectively.

Therefore, neither President Obama nor AG Eric Holder had any good reason to interfere by inserting their personal bias or by using their institutional power.  Both of them made unprecedented and blatant attempts to influence the outcomes of those legal proceedings.  Such improper and provocative meddling is practically unheard by the Executive Branch, especially by the top law officer in the land and his constitutional lawyer supervisor!

This Administration has taken more initiatives than any before it concerning ongoing investigations of minority deaths.  They have also made more overtures to their chosen political proxies and like-minded agents throughout the MSM to pour fuel on the fabricated race riot fires.  Obama practically gave the rioters in Ferguson the go ahead “to tear the place up”.  It was their own place that they tore up, mind you.

Then there is the use of their surrogates such as Democratic Governor Jay Nixon of Missouri.  Not only did the Governor fail to provide adequate protection to the people and property[1] of Ferguson on the night of the worst riots, he also ‘failed’ in neglecting to change the ill-advised announcement time of the indictment decision[2].  Such a profound ‘lack of good judgment’ ensured that the angry and volatile crowds in Ferguson could easily take advantage of the cover of darkness to burn down buildings, loot stores, vandalize personal property, etc.  Such a staged riot was no accident, indeed.

At the end of the day racial tensions are always the result of fierce economic competition.  Race wars are actually class wars in disguise. Race riots occur during times of great financial duress.  Racial hatreds are easily inflamed when those on the other side of the tracks appear to be doing better.  The greater the divide between the 1% and the 99% the more anger and rage, frustration and discouragement will be vented.

The Obama Administration is already well known for willfully neglecting the black communities throughout the nation.  Their complete lack of sound economic policy and necessary financial restraint have pushed the nation to a monetary collapse and fiscal bankruptcy.  Truly, the political, economic and social consequences of Obama’s systematic destruction of American enterprise is catastrophic.  Obamacare alone has served to shudder countless businesses across the country.  The poor black communities have essentially shunned the ACA as a cost-prohibitive scheme to enrich health insurance companies.

One need look no further than the city of Detroit (and his hometown Chicago) to understand the degree of Obama’s willful neglect. That city resembles nothing short of an apocalyptic wasteland. Having a predominantly black population, Detroit has nevertheless received very little federal assistance, financial aid or emergency relief (like when the water is shut off). Just how long can such a dire situation continue before a ‘racial’ conflagration occurs. Financial desperation will always push the economically oppressed into desperate actions.

This Administration is quite aware of their gross failure in regard to economic recovery because the Congressional Black Caucus has told them so repeatedly. Many of the more honest minority state representatives have admitted that Obama has proven to be an unmitigated disaster for black America. In fact he has done very little regarding the critical causes of community renewal, business development and genuine black empowerment.

Because of their monumental failure, Obama and his racist cohorts have chosen to play the race card at every opportunity as a means of misdirection. By inciting racial tensions, race riots, and race wars their own profound failings are covered up. By continually misdirecting the peoples’ attention to genuine or fictitious acts of racism, the root causes of the coming class war are never exposed so that they can be addressed.

The mere knowledge of their plans greatly minimizes the likelihood that TPTB will be successful in this misguided endeavor.  Because they have used the same devious tactics practically forever, they are easily known by their actions.  With smartphones in the hands of almost everyone who leaves their home these days, it’s much easier to capture their crimes against humanity in real time.  Hence, TPTB police perps on the ground are much easier to nail, as we all saw with the callous killing of Eric Garner.

As previously mentioned, on the day that Eric was choked to death, they found no cigarettes in his possession.  Something is very wrong with that picture.  VERY wrong indeed!  Perhaps Eric Garner’s death will spark the much feared class war that TPTB have thus far been successful in postponing.

No matter what form the upcoming revolution takes, We the People (@ 99%) will have no problem taking back our country.  After all, it’s 99% against 1%.  Let the revolution begin!  And may it be a peaceful one.

A new Cold War with Russia?

By Ron Paul Last week the U.S. House voted overwhelmingly in favor of an anti-Russia resolution so full of war propaganda...