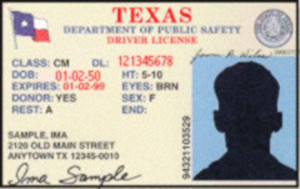 A Texas lawmaker wants to remind students and teachers in the state’s public schools that they may wish others a “Merry Christmas” or a “Happy Hanukkah” without fear of legal ramifications.

State Rep. Dwayne Bohac, R-Houston, the author of the Merry Christmas Law, held a joint press conference with state Rep. Richard Raymond, D-Laredo, on Monday at the state capitol, in order to reiterate to Texans that they are legally protected when they celebrate their religious holidays – even in public schools.

“With Christmas around the corner, our goal is to educate the public on this state law so that our teachers and students are able to celebrate the upcoming holiday season without fear of retribution or punishment,” Bohac told KPRC.

Raymond told KPRC that celebrating religious holidays was already legal, but that the law “is about providing clarity.”

The Merry Christmas Law was passed with bipartisan support by the Texas legislature and signed into law by Republican Gov. Rick Perry in 2013.

According to Fox News, Perry signed the bill “surrounded by sleigh bell-ringing Santa Claus impersonators” as he “stressed that freedom of religion is not the same thing as freedom from religion.”

According to Texas Values, a non-profit organization that works to “preserve and advance a culture of family values in the state of Texas,” the Merry Christmas Law “guarantees the First Amendment freedom of our children, teachers, parents and school administrators to acknowledge Christmas on school grounds without fear of censorship, persecution or litigation.”

“I think it’s absurd that schools who have so much on their plate, have to live in fear of getting sued for merely uttering the wrong phrase such as ‘Happy Hanukkah’ and ‘Merry Christmas’ or putting out a Christmas tree,” Bohac told KCEN-TV.

Bohac told Fox that he drafted the bill after he discovered that his son’s school had chosen to display a “holiday tree” out of fear that “any mention of Christmas could spark litigation.”

According to Texas Values, the bill also protects school staff members who choose to “acknowledge and educate students on Christmas, and other holidays including Hanukkah,” and protects religious displays such as nativity scenes and menorahs.

In Case You Missed It:  Neurologist explains why vaccinated people are still contracting and spreading COVID-19 at a high rate
Posted in Freedoms and tagged Conservatism, Constitution, Foundry, Freedom, Governments, Texas.

By Dan Calabrese No one should be surprised by the content of a report written by Senate Democrats on the...