“Story that the Left, progressive media are covering up even today for political reasons. Covering it up for themselves, covering up their incompetence, their partisanship, and their total corruption” 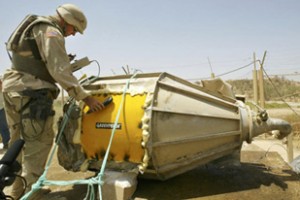 Uranium found in Iraq in 2003, shortly after a US-led invasion of the country. Tuwaitha, Iraq

At his 2003 State of the Union message George W. Bush spoke these 16 words:

“The British Government has learned that Saddam Hussein recently sought significant quantities of uranium from Africa.”

After a majority House and an unanimous Senate vote passed Bill Clinton’s IRAQI LIBERATION ACT of October 1998, followed by Bill Clinton signing off on the Act that was ratified after Clinton arm-twisted congress, the liberal world remained silent. Even though Sec. 3 of the act stated these words:

SEC. 3. SENSE OF THE CONGRESS REGARDING UNITED STATES POLICY TOWARD IRAQ.

It should be the policy of the United States to support efforts to remove the regime headed by Saddam Hussein from power in Iraq and to promote the emergence of a democratic government to replace that regime.

The highlighting above is mine. The problem is not that a liberal president plotted to invade Iraq and made the invasion into law. The problem was that a Republican president had to abide by the law.

Joe Wilson’s fiction followed by the Plame Game happened to be a cynical strategy of misrepresentation and thought control by the Democats, as we had later found out that both Joe and Val were John Kerry operatives aimed to get Botox Man elected for W’s second term.

GW beat the global warming alarmist who could neither win at the polls nor convince the people that the Arctic ice caps won’t keep growing. Having had to take his case to the courts, Al (Jazeera) Gore encouraged the left-liberal mobs into throwing history’s longest-lasting hissy fit based on the fictions that Bush Stole the Election and took America into The Wrong War in the Wrong Place at the Wrong Time.

With its knees jerking every which way in its obsessive-repulsive revulsion of the president who had lawfully defeated their global warming fanatic, the left rose in unison against America’s lawful mission in Iraq. “Bush Lied” went the narrative. Meanwhile, the almost unknown story of the American military’s removal of Saddam’s nuclear WMD became the biggest story ever to be hidden from the world.

The story is this: the yellowcake (raw uranium precursor) that Joe Wilson could not find in Africa, the same yellowcake the left asserted didn’t exist and for which the president was hounded after his 16-word statement, has beenheating Canadian and American homes since 2010 or earlier.

Democratic operatives SNOPES tried to debunk this story with lawyerly words carefully crafted by the White House: “The yellowcake removed from Iraq in 2008 was material that has long ago been identified, documented and stored in sealed containers under the supervision of UN inspectors. It was not a “secret” cache that was recently “discovered” by the U.S., and the yellowcake had not been purchased by Iraq immediately preceding the 2003 invasion.”

“Immediately preceding” was not the issue. It is a diversion. The yellowcake was purchased by Iraq because Niger is not in the business of mining ore gratis and Iraq never had any other source from which to secure yellowcake.

The problem with SNOPES’ White House-vetted rebuttal is that the cache was discovered in 2003. The contents had to have been present at its site BEFORE the invasion. The exact day is unimportant, immediately preceding or otherwise. What matters is that it did not get there after the invasion. The “long ago been identified, documented, etc.” is also incorrect, as Saddam did not list the contents in his inventory that the UN demanded the disclosure of before issuing its ultimatum resolution 1441.

The Arms Control Association reported: “Iraq also sought to mislead the IAEA, but IAEA inspectors were largely successful in obtaining a relatively complete picture of the Iraqi nuclear weapons program and dismantling it. The IAEA, which removed from Iraq all known fissile material that could be used to make weapons, reported in February 1999 that there were no indications that meaningful amounts of weapon-usable material remained in the country or that it possessed the physical capability to produce significant amounts of such material indigenously.” In other words, what was documented was that all fissionable material had been removed by 1999.

The ACA continued: “A UN panel of experts tasked in 1999 with reporting on the results of the UNSCOM and IAEA efforts concluded that “the bulk of Iraq’s proscribed weapons programmes has been eliminated…”

In other words, the nuclear material no longer existed insofar as the inspectors were concerned. That, is what they had reported. The problem needing exhumation is that George W’s troops found 550 metric tons AFTER the invasion. It is material we did not know existed. It is material that needed 110 large container drums of “nothing meaningful” that didn’t exist that took 37 sorties and ships to transport out of Iraq to a North American refinery.

SNOPES continued its ahistorical fiction with: “Israeli warplanes bombed the reactor at the site in 1981. Later U.N. inspectors documented and safeguarded the yellowcake…there was no evidence of any yellowcake dating from after 1991.”

SNOPES contradicts by eight years the existing documentation in its entirety and continues its double talk. If there was no evidence of yellowcake dating from after 1991 according to the IEAE, what, I ask, are 550 metric tons of yellowcake doing in Tuwaitha in 2003? Then SNOPES adds another layer of disinformation about the non-existing yellowcake being “safeguarded” after 1991.

The UN inspectors documented, years before in fact, that Saddam’s WMD no longer existed and there was nothing to safeguard.

In another realm, the intel failure was not George W’s or of the United States’ services, but the UN’s that is today making the same intel failures with respect to Iran’s deceptions.

Israel bombed the reactor because they had to. And they have to bomb Iran now for the very same reason.

The New York Times, SNOPES and the rest of the mainstream corroborated each other’s fictions because everyone follows what the Times writes. They’ve all had skin in the game in defaming Barack Obama’s predecessor and elevating the current president to office. Whatever it took. False narratives, false history, permitted.

That is why it is now necessary for historians to correct the record. 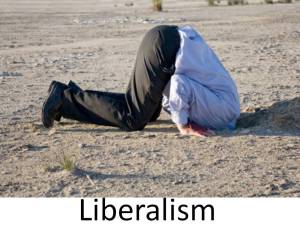 To reiterate: The problem with SNOPES’ premise and conclusions and the media’s coverup of this story is that (a) WMD existed in Iraq and its existence is the reason we had invaded; and (b) we did not know during pre-invasion 2003 the whereabouts of the yellowcake (that , according to the narratives, didn’t exist). And neither did the UN inspectors. We found it AFTER the invasion as DOD Memo 50430 stated:

“This was material that was discovered when we initially went in to Tuwaitha,” … “It was under the control of the United Nations International Atomic Energy Agency since that time.”

The discovery was made AFTER the invasion and the IAEA took control of it AFTER the invasion. The invasion took place in 2003. History means that one event follows another. There is no pre-invasion documentation or inventory cataloging the existence of this material that the whole world was told was removed in 1991; in fact denying the existence of it was the core strategy of the Democrat’s campaign against the Bush Doctrine and the thrust of the antiwar anti-Bush pro-Islamist movement!

This is the story that the left and the progressive media are covering up even today for political reasons. And they are covering it up for themselves, covering up their incompetence, their partisanship, and their total corruption.

Go to SNOPES yourselves before they once again revise what they have written and capture the page, HERE.

Afterward, please return to the CAMECO news releases quoted above, the CNN news release, and the DOD MEMO referenced for historical accuracy.

The Iraqi government asked the United States to help transfer the yellowcake—as the ore is known—from Tuwaitha Nuclear Research Center near Baghdad to its buyer in Canada, Pentagon spokesman Bryan Whitman said today.

The military dubbed the movement Operation McCall, and it ended July 5. DoD’s portion of the operation involved the transfer of the ore.

Yellowcake is a uranium ore that can be processed to become nuclear fuel. State and Energy Department personnel also participated in the transfer.

Officials transferred the uranium by convoy from Tuwaitha nuclear research facility to a secure location in Baghdad’s International Zone, Whitman said. The ore was in 110 shipping containers. The shipping containers were placed aboard Air Force C-17 Globemaster III airlifters and taken to an intermediate location. It took 37 sorties to transfer the yellowcake.

At the intermediate location—which Whitman could not name—the ore was loaded aboard the SS Gopher State, a Military Sealift Command ship, which took it to Montreal.

“This was material that was discovered when we initially went in to Tuwaitha,” Whitman said. “It was under the control of the United Nations International Atomic Energy Agency since that time.”

Whitman stressed that yellowcake is not of direct use in a nuclear weapon. “It is a commodity that is traded routinely in the global nuclear energy sector,” he said. “It can be used as a feed material for nuclear weapons if a country has access to the necessary fuel technology.”

The cost of the transfer was $70 million, and the government of Iraq will reimburse the United States for a portion of the cost, Whitman said.

Liberalism is an Ideology Built on Lies

By Tim Dunkin  The Left and the Right are vastly and irremediably irreconcilable.  This much ought to be obvious to...