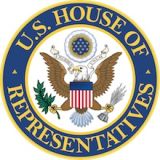 The House of Representatives passed a $1.1 trillion spending bill on Thursday evening that would fully fund Pres. Obama’s executive amnesty. The vote came after a 6-hour recess while Leaders from both parties tried to gather enough support to pass the measure and prevent a government shutdown. NumbersUSA will grade the vote as a vote for amnesty.

The bill passed 219-to-206 with 67 Republicans bucking their leadership and opposing the measure. 57 Democrats voted for the measure at the urging of Pres. Obama. Here’s the full roll-call vote.

House Speaker John Boehner sent the following tweet moments after the bill passed, pledging to fight Obama’s amnesty in the next Congress. However, without the leverage of a full spending bill, there’s little GOP Leaders can do to force Obama to sign a bill defunding his amnesty.

“[B]y the House’s action, we are setting up a direct challenge to the president’s unilateral actions on immigration next month, when there will be new Republican majorities in both chambers. The Senate should act on this bipartisan legislation in short order.”

Switzerland Pushes Ahead with Conference on Palestinian Authority Territories

A conference will be held this month in Geneva to examine respect for international humanitarian law in the Palestinian Authority’s...