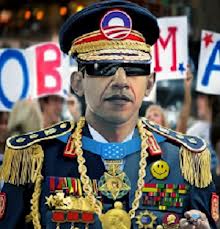 Both the Congress and the Senate passed a 2015 spending bill, in record time, that has been labeled a “Cromnibus.” But where was the fight? Where were our representatives who swore they would not fund amnesty, Obamacare, taxpayer-funded abortion, and more irresponsible spending? No where to be seen!

“We are going to fight the president tooth and nail if he continues down this path. This is the wrong way to govern. This is exactly what the American people said on Election Day they didn’t want.” – John Boehner

About the passage of Obamacare,

“And look at how this bill was written,”  “Can you say it was done openly, with transparency and accountability? Without backroom deals and struck behind closed doors hidden from the people? Hell, no, you can’t.” – John Boehner

“When we came here, we each swore an oath to uphold and abide by the Constitution as representatives of the people.” “But the process here is broken. The institution is broken. And as a result, this bill is not what the American people need nor what our constituents want.” – John Boehner

These are the exact words John Boehner spoke as recently as November, 2014, in reply to President Obama’s announcement to offer amnesty to millions of illegals inside the United States and the passage of Obamacare, both bills, openly rejected by the American people.

So how did the Republican leader decide to fight President Obama on amnesty, Obamacare, abortion and spending? By giving the Department of Health and Human Services’s unaccompanied children’s program an $80 million increase. He also offered up an additional $14 million to school districts stuggling with the influx of illegal students. Add insult to injury…he has also agreed to give an additional $260 million to the Central American countries from where the illegals are coming. Obamacare was, once again, fully funded, along with Planned Parenthood, the largest provider of taxpayer-funded abortions, and the House signed off on increasing the amount wealthy donors can throw into the political arena, increasing the current cap of $32,400 to $777,600 per person per year.  Frank Dodd regulations have been rolled back allowing banks to participate in the same derivatives trading which exacerbated the financial crisis in 2008, and the real clincher? The bill calls for more spending then what the government anticipates bringing in, resulting in yet another year of increased debt, which has now surpassed the $18 trillion mark, representing a 70% increase in our national debt since Obama took office.

I think New York Post’s Kyle Smith hit the nail on the head when he said,

In November of this year, we had a midterm election that trumped most others. The GOP swept the country by extending their majority to near historic levels, speaking loud and clear to President Obama, “enough is enough”!!! The American people said they did not like Obamacare and were not happy about our open borders and the surge of illegals allowed to enter into our country and take part in our taxpayer-funded services. The American people are no longer interested in bailing out anyone…especially the banks that caused the financial crisis in the first place, we do not want to pay for others abortions and we want the budget balanced, and for good measure, let’s throw in term limits. But is that what the American taxpayer got?

Even President Obama jumped on the bandwagon supporting the spending bill….what could this mean? Since when has the president ever agreed with the GOP? If he is signing off on this budget deal with no fight, then the American people are obviously the losers!

Lawmakers, led hand in hand by Boehner and Reid, signed off on a 1,603 page bill that Rollcall.com said,

“If members averaged 200 words per minute to read the dense legislative text, they would need 24 hours just to get through the bill.”

“When House Speaker John Boehner campaigned for the leadership job years ago, he vowed to give members at least 72 hours to read any bill before a vote. Back in 2010 the speaker said he didn’t think ‘having 2000 page bills on the House floor serves anyone’s best interest – not the House, not for the members and certainly not for the American people.’”

If, in fact, the president’s actions on immigration are against the Constitution and the rule of law, then why would the GOP cave in on the budget negotiations and actually allow them to be funded? Even though the money only supports the illegal amnesty until February of 2015, doesn’t the vote itself validate the president’s illegal executive action?

Senator Ted Cruz took a stand on that issue and tried to fund the government for additional days allowing the House to reconvene on Monday to further discuss the bill.  Cruz lost the support of most Republicans and Democrats, but he did get the vote on record for anyone wanting to know who supported the funding of Obama’s amnesty without a fight. It puts all politicians on record for supporting the bills that the American people do not support.

“Democrats got virtually everything they wanted in the bill. In twenty years of being on the appropriations committee, I haven’t seen a better compromise in terms of Democratic priorities.”

When did lies become the new truth? When did misrepresenting, misinforming, misguiding, deceiving, defrauding, misdirecting and betraying the American people become the norm? I know absolute power corrupts absolutely, but it has definitely reached a new high. Add in the press, who refuses to truthfully inform the American people as to the real actions of our government, the real state of the economy and the job market, and we have the perfect storm brewing!

“Around this chamber, looking upon us are the lawgivers from Moses, to Gaius, to Blackstone, to Thomas Jefferson. By our actions today, we disgrace their values. We break the ties of history in this chamber. We break our trust with America.”

As Americans, it is hard to resolve the feelings of betrayal and even harder to come to terms with an election that all our politicians felt had nothing to do with them or their actions. It is hard to reconcile that our choices at the ballot box have come down to choosing between the best of two evils. When the depth of corruption, deceit and red tape bureaucracy reach such astronomical levels, it is time for a complete overhaul! Fire them all!!

By Robert Spencer, Jihad Watch The death toll grows. We heard earlier that a “number of people had been hit,”...