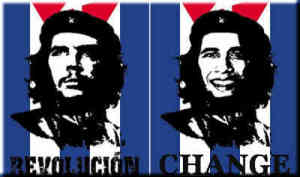 But it is far from clear if lawmakers will be able to do much about Obama’s Cuban escapades. Presidents typically enjoy great latitude in foreign policy, especially concerning recognition of foreign governments. Lawmakers are probably on stronger ground in resisting repeal of the trade embargo that has been in place since the 1960s. On the other hand, Obama has a pen and a phone, as he likes to say, a reference to his brazen contempt for the rule of law and the strictures of the Constitution.

Obama’s dramatic actions are setting off a feeding frenzy as American companies salivate at the prospect of doing business in Cuba. Little do they realize that Cuba, a dilapidated Stalinist state that, thanks to the absence of good paying jobs, serves largely as a seedy sex tourism destination for Europeans and hardly has an economy at all. Some business restrictions were already eased by the U.S. around 2000. Some companies are allowed to sell medical equipment to the Cuban government. There is not much money to be made, at least not initially.

Sens. Marco Rubio (R-Fla.) and Robert Menendez (D-N.J.), who are both of Cuban ancestry, have made strong statements about their intentions.

Rubio said it mattered not a whit to him if “99 percent of people in polls” disagreed with his position. “Appeasing the Castro brothers will only cause other tyrants from Caracas to Tehran to Pyongyang to see that they can take advantage of President Obama’s naivete during his final two years in office.”

Rubio said he reserved the right “to do everything within the rules of the Senate to prevent that sort of individual from ever even coming up for a vote,” a reference to confirmation proceedings for a prospective U.S. ambassador to Cuba.

Menendez said he was “deeply disappointed” and that it was “a fallacy to believe that Cuba will reform because an American president opens his hands and the Castro brothers will suddenly unclench their fists.”

The chill in relations between the two countries has its roots in the Cold War.

Cuban dictator Fidel Castro, whose forces overthrew the comparatively mild authoritarian regime of Fulgencio Batista, tried to start a nuclear war with the United States and in 1963 openly called for the assassination of President John Kennedy and his brother Robert, the U.S. attorney general. War was only narrowly averted after the Soviet Union turned around ships that were carrying nuclear weapons to Cuba. A short time later one of Castro’s followers, a man named Lee Harvey Oswald, murdered President Kennedy in Dallas, Texas. Cuba is a longtime state sponsor of terrorism and has meddled militarily and otherwise in the affairs of its neighbors and in faraway countries such as Angola. President Reagan ordered an invasion of Grenada after its Marxist dictatorship grew too close to Cuba and he struggled heroically to aid the anticommunist contras in their war against the Cuban-backed Communist regime in Nicaragua.

Many conservatives in Congress and elsewhere are saying Obama is a weak leader.

For example, former Ambassador to the UN John Bolton said on the Fox News Channel on Wednesday that Obama’s moves on Cuba constitute “appeasement” and are a “very, very bad signal of weakness and lack of resolve by the president of the United States.” 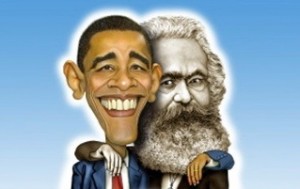 Bolton and others are correct in terms of how the U.S. is perceived abroad under Obama but this does not reflect weak leadership on Obama’s part. This president knows what he is doing and when given the opportunity to do the right thing reliably chooses to do the wrong thing. Obama is taking the country’s foreign policy in exactly the right direction in terms of his sinister ideology. Obama does not mean well. He does not, unlike traditional U.S. presidents, think of himself as the leader of the free world. He wants to fundamentally transform America inside and out and is quite content to enfeeble the nation by crippling its military, betraying its allies, and embracing its enemies.

All of this excitement follows the sudden release Wednesday of Alan Gross, a U.S. development worker held in a Cuban prison. (An intelligence operative loyal to the U.S. was also released as part of the deal. Details about that individual are scarce.) Gross is a garden-variety leftist who is being used by President Obama to justify establishing diplomatic and trade relations with Cuba.

Obama is repaying a debt to his Marxist friends and allies. Just as President Bill Clinton rewarded his neo-communist supporters by pardoning Marxist Puerto Rican terrorists, Obama is rewarding his Castro-admiring base by freeing Communist spies working for a hostile foreign power.

Gross was reportedly a subcontractor for the U.S. Agency for International Development, which is frequently a home for meddling left-wing activists. He reportedly worked on a program aimed at improving Internet access for Cuban Jews. Why the Obama administration would knowingly send an American into Cuba to perform services they had to have known were considered illegal by Cuban authorities is not clear. The free flow of information is a threat to any totalitarian regime, so a Cuban court convicted Gross of crimes against the state in 2011, sentencing him to a 15-year prison term.

Under a deal that Pope Francis, among others, helped to facilitate, Gross wasexchanged for the remaining three members of the so-called Cuban Five—Gerardo Hernandez, Antonio Guerrero, and Ram??n Laba?±ino—who had been held in U.S. prisons.  All five Cuban nationals were convicted of spying in 2001. They gathered information on Cuban exiles in the U.S. in order to lay the ground for violent action against them in the future. Hern?°ndez was also convicted of conspiring to commit murder.

As Gross prepared for his press conference Wednesday, there was a portrait of Communist mass murderer Che Guevara clearly visible in the Washington, D.C. office of Gross’s lawyer, high-profile attorney Scott D. Gilbert of Gilbert LLP. The bloodthirsty Guevara was minister of industry and president of the Cuban National Bank. He also administered kangaroo courts that condemned enemies of Fidel Castro’s regime to death. In other words, as Gross prepared his statement about being freed from a Cuban jail, an iconic photograph honoring Cuba’s most infamous jailer stared down at him.

“If the nuclear missiles [from the missile crisis] had remained [in Cuba] we would have fired them against the heart of the U.S. including New York City,” he said. “The victory of socialism is well worth millions of atomic victims.”

In the press conference Gross maligned the U.S., pulling a cowardly pox-on-both-your-houses stunt. Gross drew a moral equivalency between the U.S. and the ruthless authoritarian regime he just escaped:

I also feel compelled to share with you my utmost respect for and fondness of the people of Cuba. In no way are they responsible for the ordeal to which my family and I have been subjected. To me cubanos, or at least most of them, are incredibly kind, generous and talented. It pains me to see them treated so unjustly as a consequence of two governments’ mutually belligerent policies.  Five and a half decades of history show us such belligerence inhibits better judgment. Two wrongs never make a right. I truly hope that we can now get beyond these mutually belligerent policies and I was very happy to hear what the president had to say today. It was particularly cool to be sitting next to the secretary of state as he was hearing about his job description for the next couple of months. In all seriousness, this is a game-changer, which I fully support. [Emphasis added.]

What’s next for Obama, who is hellbent to knock America down a few pegs? 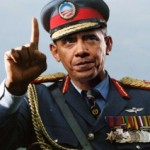 Who condemns his own countrymen as imperialist warmongers after they cut a deal to get him repatriated from the clutches of a dictatorship? And why would he use his opportunity in the spotlight to praise President Obama’s decision to normalize relations with the regime that he believes unjustly imprisoned him?

The whole thing doesn’t smell right. Clearly it was in the works for a long time.

Those who follow President Obama’s policy initiatives already know that he delights in trading Americans who hate America for foreign terrorists and murderers who also hate America. Not so long ago there was the swap of U.S Army deserter and Taliban collaborator Bowe Bergdahl for five members of the Taliban’s high command.  Not exactly a good deal for America.

What’s next for Obama, who is hellbent to knock America down a few pegs?

Diplomatic recognition for Iran? At first glance such a development might seem unlikely, but Obama does harbor deep affection for hardline Islamic states. He aided Mohamed Morsi’s Muslim Brotherhood in Egypt and during anti-government unrest that began in Iran in 2009, Obama effectively propped up the Islamist regime there by doing nothing to oppose it.

Anything could happen with Obama in his final two years in the White House.

Study: Drinking A Glass Of Red Wine Is The Same As Getting An HOUR OF EXERCISE

Dear red wine drinkers: I have wonderful news. A new study says that drinking a glass of wine can equate...