Former New York City Mayor Rudy Giuliani attributed the execution-style assassination of two police officers on Saturday afternoon to the protests that broke out across the city following a grand jury’s failure to indict a police officer for killing Eric Garner. 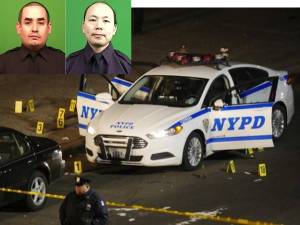 “We’ve had four months of propaganda starting with the president that everybody should hate the police,” Giuliani said during an appearance on Fox News on Sunday. “The protests are being embraced, the protests are being encouraged. The protests, even the ones that don’t lead to violence, a lot of them lead to violence, all of them lead to a conclusion. The police are bad, the police are racist.

Saturday’s assassination of two New York Police Department officers (whose killer, Ismaaiyl Brinsley, committed suicide immediately afterward ) is a shock which will hopefully shake some sense into protesters chanting, ”Hands Up! Don’t Shoot!” and ”I Can’t Breathe!” It’s rumored he was a fugitive and even posted on Instagram, ” They Take 1 Of Ours…Let’s Take 2 of Theirs,” and ended his tirade with, “This May Be My Final Post ” before going on a murder spree!

The motive was revenge for the deaths of Eric Garner and Michael Brown. The leftist race baitors were scouring the globe for black youth killed by white police, posted every incident they could find, even one outside the united States. We are now seeing the blowback of public fury as two cops weer assassinated while sitting in their police car.

The protesters chanted “black lives matter, but in reality all lives matter. This isn’t a rebuttal to the current ”Black lives matter!” hashtag/chant recently added to the national debate about race and public safety. The leftist assuming every Black person is an angel and Whites are demons ignores legitimate progress.

Since Saturday’s killing a host of conservatives,  including former New York Gov. George Pataki (R) — blamed DeBlasio or Attorney General Eric Holder for inciting the kind of anti-police fervor that led 28-year-old Ismaaiyl Brinsley to ambush and murder the two officers, shooting them point-blank in the head as they sat in their patrol car in Brooklyn before killing himself at a nearby subway platform. 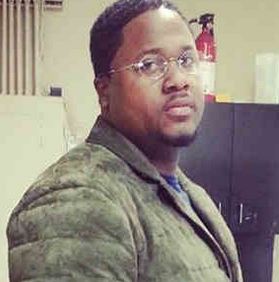 The killer Brinsley,  wrote in an Instagram post, “I’m Putting Wings on Pigs Today. They Take 1 Of Ours…Let’s Take 2 of Theirs #ShootThePolice #RIPErivGardner #RIPMikeBrown.” He concluded with, “This May Be My Final Post.”

Immediately following the killing, Pat Lynch, the president of the largest police union in New York City, said there was “blood on many hands tonight” including “those that incited violence on the street under the guise of protest” and starting with “the office of the mayor.”

Giuliani blamed NY City Major DeBlasio for allowing the protesters to “take over the streets” and “hurt police officers” and pledged that he would have confined the protesters to certain areas had he been mayor.

The former mayor also criticized President Barack Obama, Holder, and Al Sharpton for addressing the underlining racial tensions behind the failure to indict the white police officers who killed Garner and Mike Brown in Ferguson. “They have created an atmosphere of severe, strong, anti-police hatred in certain communities. For that, they should be ashamed of themselves,” Giuliani said.

Reasonable anti-police brutality activists have a tragic opportunity to reach across the proverbial protest line and comfort cops and their allies now experiencing profound grief. No one group has the market cornered on human misery.  The same sympathy demanded for Eric Garner and Michael Brown should now be extended to police and police supporters.

The Reasons Behind Obama’s Failures

In early October, President Obama warned his supporters to “make no mistake: these policies [of mine] are on the ballot....