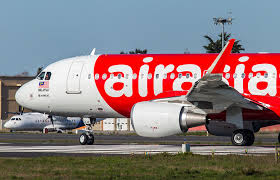 Search and rescue operations have begun, AirAsia Indonesia said in its Facebook page.

Passengers on board the Airbus A380-200 include 130 adults, 24 children and one infant, according to Indonesia media reports.

“At the present time we unfortunately have no further information regarding the status of the passengers and crew members on board, but we will keep all parties informed as more information becomes available.”

The aircraft reportedly lost contact with Jakarta air traffic control at 7:24am local time, while it was flying over Kalimantan island.

AirAsia said in a statement that the plane was an Airbus A320-200 and that search and rescue operations were in progress.

The plane is reported to have requested an unusual route before it lost contact. –

According to Flightradar, the status of the flight QZ8501, which left Juanda International airport in Surabaya at 5:35am and was scheduled to arrive in Singapore at 8:30am, was “unknown”.

AirAsia has established an Emergency Call Centre that is available for family or friends of those who may have been on board the aircraft. The number is: +622129850801.

AirAsia will release further information as soon as it becomes available. Updated information will also be posted on the AirAsia website, www.airasia.com.

Withdrawing or cutting off taxpayer funding from a New York legal-aid group would be difficult despite its role in a rap...