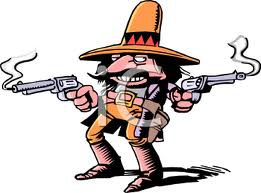 As expected, massive numbers of non-English speaking outlaws descended on California DMV offices during the first week of January to claim one of the most precious rewards for invading and squatting in America: A highly coveted Drivers’ license!

Outlaws came by the thousands to DMV offices because Democrat politicians installed a new state law that allows illegals to secure drivers’ licenses in the Golden State. Thus, even though the outlaws are not in the state legally, California feels compelled to give them drivers licenses that will further clog the already crowded and damn near impassable highways and byways.

Conservatives pointed out that all those additional cars on the roadways would surely add to the global warming crisis, but since we are talking about mostly Hispanic drivers, Democrats decided that the environment can go straight to the living hell!

You see, brown trumps green here, especially when it comes to Democrat votes!

As with most progressive solutions, this hair-brain scheme exposed an intractable problem: In large numbers, Hispanic outlaws could not pass the simple written test required to get a license.

Of course, raceaholics immediately blamed the failures on the fact that testing was in English and thus blatantly racist and illegal!

However, it turns out, the tests were administered in Mother Spanish for those who have psychological problems with learning, or using, English, which, by the way, is California’s official language.

Panic ensued among La Raza activists and white lefties as it looked as though the effort to license future Democrat voters would crash.

Always on the make for the cause of Hispanic outlaws, Democrat politicians began working on a solution.

The best alternative so far appears to be a proposal that would grant a conditional license to any illegal alien who can prove that he or she is a registered Democrat and is committed to vote Democrat for life.

This Conditional License would expire at the time of the drivers’ death, or upon proof that the driver voted for a Republican or Independent in any election.

Once again, Justice denied, but celebrated as Democracy in action!

In Case You Missed It:  TREASON: Biden declares WAR on America, threatens to remove governors who resist covid vaccine mandates
Posted in Freedoms.