Somewhere along the gory path,  the cart became the horse in Western leaders’ no-boots-on-the-ground useless strategy against increasing Islamic terrorism. 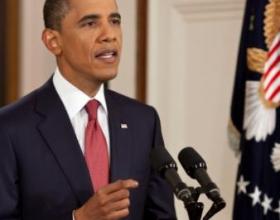 All Western leaders put their cart before the horse when they allowed legions of jihadists into their unsuspecting nations through lax and laughable immigration policies.

And just to think they came up with those policies in order to stay clear of mainstream media charges of being politically incorrect.

While countries like the U.S. and Germany smear those who protest wanton terrorism as “racists”, and even forbid the term “Islamic terrorism” in the case of the USA, their leaders are the first to rush to the podium with empty words of sympathy after the latest act of terrorism.

In the aftermath of all terrorist attacks, protocol and easy access to the mainstream media bring to the fore the empty words of Western leaders who hypocritically send messages to the loved ones of the slaughtered: “Our thoughts and prayers are with their families.”

How hollow the words must sound to all of those who have lost a husband, wife, parent, or child to the senseless acts of terrorism that time has proven know no bounds.

Even in the deepest of grief, people recognize the empty words of the politician as lip service—a lip service that most chillingly is recognized and fully understood by rampaging terrorists too.

Hard to take to heart the words of sympathy extended by all Western leaders who are the ones opening the floodgates to terrorism by importing terrorists into the nations they were elected to lead in the first place.

How can anyone take seriously the liberally-sugared sympathetic words of President Barack Obama, who, in a single year, set free the masterminds of 9/11 from Guantanamo Bay and traded off five Taliban generals for a deserter soldier?

And that’s not even to mention the terrorists potentially pouring in over the open southern border of the USA, now promising to lead to ‘Executive Amnesty’.

Unfortunately Obama is not the only one in the group of Western leaders only heard from in facile words of sympathy AFTER the latest act of Islamic terrorism.

Where were all these Western leaders BEFORE the latest terrorist hit?  They were making it easier for the terrorists to gain access to the very countries they intend to strike.

How dare German chancellor Angela Merkel, smear PEGIDA (Patriotic Europeans Against the Islamisation of the West), as “racists” and accuse 18,000 protesters who want an end to terrorism of “having hatred in their hearts”?

Merkel’s having extinguished the lights around Cologne Cathedral,  the Brandenberg Gate in Berlin and in her own government building,  in a “symbolic gesture of opposition” to PEGIDA was about as effective as the weak immigration policies that spawned the relentless gatherings of PEGIDA on German streets.

Nor will Bild newspaper’s “50 prominent Germans”, including a rock star and former German soccer captain turn the tide against the PEGIDA marches that have become a weekly event in the eastern city of Dresden, and spreading to Cologne and Berlin.

How must have Britain’s intelligence chiefs really felt when they briefed Merkel and weak-on-terrorism British Prime Minister David Cameron in the wake of the terror attack in Paris?

“The German Chancellor, in Britain for one-to-one talks with Mr Cameron over EU reform and the continuing crisis in Russia, was invited into a top-level run down of the security threat by MI5 and MI6.” (Daily Mail, Jan. 7, 2015).

No one knows better than Intelligence and Police the threat to Western countries from terrorism and the lack of their leaders to do anything meaningful about it.

“The U.S. is the world’s top country in terms of offering resettlement of refugees, although states such as Canada, Australia and the Nordic countries provide a sizable number of places annually, according to the United Nations Human Rights Council.” (Wall Street Journal, Dec. 21, 2014)

Canada, which has one of the highest per capita immigration rates in the Group of 20 industrial and developing nations, has recently opened the door to 13,000 Syrian and Iraqi refugees.

With thumb tacks and a map, it would be easy to trace the current rampage of terrorism through Western society.

Yesterday it was the slaughter of cartoonists of Charlie Hebdo in Paris, France.

On October 22, 2014, Cpl. Nathan Cirillo—tragically already off the news radar—was gunned down while standing sentry duty at the National War Memorial in Ottawa.

Does it take much imagination to see where the next act of terrorism will likely happen?

Meanwhile populations of western nations, who recognize the words of of their leaders in the aftermath of terror attacks as worthless, should press them hard for the kind of action that ends lax immigration rules allowing blood thirsty jihadists into their countries.

Then, and only then will acts of terrorism throughout the Western world be on the decrease.

In a message about yesterday’s Charlie Hebdo massacre, Geert Wilders calls for the de-Islamization of the Netherlands, an end to...