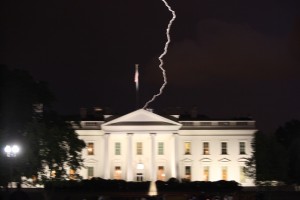 We are fundamentally changing, it’s been coming for decades but it is more noticeable now because we have Internet, wireless devices, pocket size encyclopedias encapsulating libraries around the world, and instant access to real news around the globe.

We see how the mainstream media has become the spokesperson for the ruling elites, corruption rules the day, and education is melting in the flames of common core.

We are no longer a Constitutional Republic because we failed to keep it. We are a benign oligarchy composed of same party rule of the few oligarchs, no matter how we vote at the polls. The oligarchs do as they please.

Oligarchy is a “form of government in which all power is vested in a few persons or in a dominant class or clique; it is government by the few.” Nations ruled by oligarchies do not fare well, whether they are benign oligarchies or absolute tyrannies.

Newly elected politicians sign worthless pledges to constituents which they immediately break on the first day of Congress, joining those they swore to defeat and corruption is epidemic with all politicians, new or expert octopuses with tentacles strangling the heart of the republic. The oath of office is just a meaningless step to power.

We go about our daily lives; we go to work, shopping, to the movies, to parties, and watch surreal “reality TV” and sports while our country continues to fall apart. Nobody understands the insurmountable debt accumulated by Congress that is looming over our futures.

Like the Roman Empire, America is waning because of the corruption of our leaders 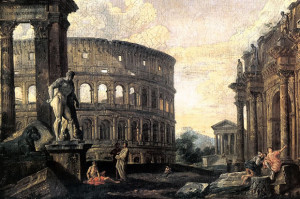 We still have food, we are fat thanks to food additives and a sedentary lifestyle, we are lulled into a false sense of security, we have a warm place called home, some have jobs, some have 2-3 part-time jobs, the welfare checks keep rolling in, what is there to worry us?

We are like the declining Roman Empire—America is waning because of the corruption of our leaders which we elect time and time again.

The average American does not really care right now. But the day to day contentment will change during their lifetime because of millions and millions of illegal aliens brought into the country by this administration. Their children will exist in a third world state riddled with poverty, illiteracy, crime, welfare, shortages, and equal and deplorable penury.

Most people are not feeling the change in their lives, but “fundamental change is in the air” and coming at dizzying speed.

We still have freedom of religion, although some “religions” are catered to more by government laws and regulations, forcing the rest of us to accept a “religion” that is contradictory to our Judeo-Christian values, lest we are sued or killed. Christianity is constantly under attack around the world and at home.

We have to self-censor or pay the penalty of hate-speech. The United Nations wants to codify into law a punishment for anyone who dares to criticize the very violent “religion of peace.”

Theoretically we still have freedom of speech but, if we exercise it, we are marginalized as loons or phobes, forced to apologize for factual statements, or lose our jobs. In essence, we have lost the freedom of speech guaranteed in the U.S. Constitution. We are now fearful to speak publicly, to our neighbors, and even whisper to relatives who have not yet written us off as strange and inimical because we have divergent opinions.

Ask tenured professor Dr. John McAdams, of Marquette University, about his suspension for exercising his freedom of speech in a blog which criticized an instructor who forbade students to have dissenting opinions in his class because the topic “was settled.”

Speech is free as long as you agree with me. If you advocate for freedom of speech, you are going to be fired or suspended in the very place that prides itself over freedom of speech. But are universities a place where anyone can express their thoughts freely anymore? Especially when they have installed tiny corners called “free speech zones” but you have to ask permission from the university to use it.

We have freedom of the press, but the press is run by liberals. We can write our opinions, but can we get them published? After all, most of the publishing houses are owned and staffed by brainwashed progressives.

We have freedom of assembly as long as the city government pressed by progressive agendas approves our petition to assemble and the topic of discussion. Conservative groups are often told no, while illegal immigrants can freely assemble to protest their illegitimacy and law-breaking presence in our country.

What is the goal in bringing into America four million Muslim immigrants per year who are intolerant of infidels and of their freedom of speech, as evidenced in the most recent massacre of twelve innocent Parisians who dared practice their trade of free speech through cartoons? The slain policeman who arrived on a bicycle—and unarmed—was unable to protect the other eleven victims.

How could this happen in the liberal paradise of France where police have been disarmed and guns prohibited as demanded by the progressive society who believes that an unarmed populace will convince terrorists to give up their weapons. Surely they will respond to reason and mercy. We are all civilized humans, aren’t we?

Fareed Zakaria said on his CNN show, “There is within the world of Islam many, many pockets, many groups that really have a great deal of difficulty with the modern world, and particularly with the open Western freedom of speech loving, freedom of expression loving world. The grievance, the grievance is that they feel they live in a world not of their making, a world of the west’s making.” Well, in that case, let’s remake the world in the intolerant image of Islam and terrorism will go away. If they hate our world so much, why are they immigrating in droves to the west? (Rush Limbaugh,  Jan. 9, 2015)

Christiane Amanpour, referring to the Paris massacre, said, “One of the things that we’re living right now is a very ugly and unseemly rise yet again of Islamophobia, and this is very worrying. All these governments now are gonna be watching to see how the far right, which made huge gains in the last local elections in Europe a few months ago, National Frontier, UKIP in England, you know, the groups in Belgium and Germany and elsewhere, which are mobilizing big anti-Islamic demonstrations, how this is gonna play into this very ugly political situation.”  (Rush Limbaugh,  Jan. 9, 2015)

What “ugly political situation?” Twelve innocent individuals, doing their jobs and exercising their right to free speech in the civilized world, have been slaughtered by the adherents to Islam. Can anyone name contributions to civilization that Islam has made since the 11th century other than violence, destruction, and death?

France24 reports that fifty world leaders have gathered in Paris to attend the Anti-Terrorism Rally on Sunday, January 11, 2015. Benjamin Netanyahu of Israel and Mahmoud Abbas of the Palestinian Authority among them, “are marching in solidarity against radical Islam,” said LTC Ralph Peters on Fox and Friends Weekend.

Kirk Lippold, Commander of USS Cole, wonders on his Facebook page why the United States is not represented in this massive rally against terrorism. “This is an embarrassment for the United States and speaks volumes about this Administration’s commitment to defeating radical Islam and the terrorists who kill innocent civilians.”

We are in the phase of a “soft, benevolent dictatorship,” some call it “despotic oligarchy,” shaping what we do, what we say, what we think, what we eat, what we drink, what medicines we take, what doctors we see, but people are generally blind so far to this new phase of reshaping America away from the “evil” capitalist empire that has brought prosperity and development to the entire world.

The moral decline of America is driving more nails into its coffin because everything deviant is now protected and promoted by law and the medical field is encouraging and paying for any physical changes desired.

Rome did not fall in one day, it took a long time for its collapse and it split into two empires, the Western and the Eastern. The Western Empire fell quickly in 476 A.D. to the barbarian hordes that wanted the Roman lifestyle but were unwilling to assimilate.

Political corruption, a mercenary army disloyal to Rome, unchecked immigration, waves of Visigoths, Vandals, Angles, Saxons, Franks, Ostrogoths, and Lombards who took turns damaging the Empire, an inflationary economy, decreased agricultural production, trade deficit, decadence, piracy, and lead poisoning were other variables that contributed to the fall of Rome. The Eastern Empire flourished for another 1,000 years as Byzantium.

How long is the American Empire going to survive under a soft, benign oligarchy?

In Case You Missed It:  Psaki Refuses to Give an Answer When Asked Why American Workers Are Required to be Vaccinated But Illegal Aliens Are Not (VIDEO)
Posted in Freedoms and tagged Freedom, media, Obama, Political Correctness, United Socialist States of America.

The House Budget Committee’s top Democrat is out with a new plan that he says will put more money back...