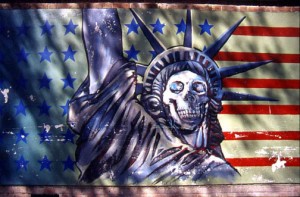 A major Islamist terror attack in France was only a matter of time. For several decades, the country has invited immigrants from the Middle East and North Africa en masse – first to bolster the labor force in the rebuilding years that followed World War II, then out of multicultural impulses that prevailed over prudential considerations. That radical Islam was transplanted to France, grew in strength and extent, and bore this week’s hideous fruit was not difficult to predict. The same is not unlikely in Sweden, Belgium, Germany, and elsewhere.

Demographics may not be the whole of destiny, but they are certainly a good part, and across the Atlantic, the United States seems increasingly to be turning toward Western Europe’s most undesirable demographic trends.

In 1992, 41 percent of new permanent residents in the United States — green-card holders — hailed from the Asia-Pacific region, the Middle East and North Africa, or sub-Saharan Africa, according to the Pew Research Center. A decade later, the percentage was 53 percent. Over that same period, predictably, the number of Muslim immigrants coming to the United States annually has doubled, from 50,000 to approximately 100,000 each year. In 1992, only 5 percent of Muslim immigrants came from sub-Saharan Africa; 20 years later, it was 16 percent. Of the 2.75 million Muslims in the United States in 2011, 1.7 million were legal permanent residents.

There is no official estimate of Muslims in the U.S.; religious affiliation is not tracked by the Census Bureau. However, Pew’s estimate of 2.75 million seems to be on the lower end. The Council on American-Islamic Relations says there are approximately 7 million Muslims in the country.

Whatever the exact level, it can hardly be considered surprising that as the Muslim population in the country has expanded, so has the incidence of radicalism.

The Boston Marathon bombers, Tamerlan and Dzhokhar Tsarnaev, born in the Soviet Union and Kyrgyzstan, respectively, came to the United States as refugees in 2002. They were radicalized inside the country, Tamerlan reportedly at the Islamic Society of Boston mosque in Cambridge, Mass. That mosque has reported links to several other convicted, or suspected, terrorists. Abdul Rahman al-Amoudi, born in Eritrea and raised in Yemen, was reportedly an attendee before being sentenced, in 2004, to 23 years in prison for (among other things) his role in a Libyan plot to assassinate then–Saudi Crown Prince Abdullah. Also reported to worship there was Aafia Siddiqui, “Lady al-Qaeda,” born in Pakistan, later a graduate of MIT and Brandeis University, sentenced to 86 years in prison in 2010 for attempting to kill a U.S. Army captain in Afghanistan. But that was just what they prosecuted: She had plans to conduct a chemical attack in New York City. (The Islamic Society of Boston denies these and several other troubling associations.) 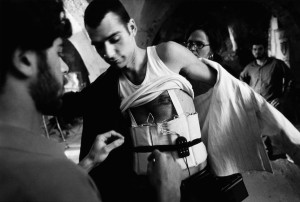 And one can look elsewhere. In 2003, the “Lackawanna Six,” six naturalized citizens from Yemen, were convicted of providing material support to al-Qaeda. Lackawanna, N.Y., (as well as nearby Buffalo) is home to a large Yemeni population. In May, authorities arrested Mufid Elfgeeh, a Yemeni-born man who was allegedly attempting to recruit for the Islamic State and use revenues from his grocery store to fund the organization. He was living in Rochester, N.Y., just an hour east.

But the potential threats of a permissive immigration policy are multigenerational. France has spent decades ushering in its recent fate.

Consider: Said and Chérif Kouachi — the brothers responsible, along with a third accomplice, for the Charlie Hebdo murders — were native Frenchmen whose parents hailed from Algeria. So was Farid Benyettou, the man who drew Chérif Kouachi to radical Islam. So was Mohammed Merah, who shot seven people dead, including three children at Jewish day school, in Toulouse and Montauban in March 2012.

Radicalism seems to ferment as much, if not more so, among first-generation Westerners as among their immigrant parents. Which means that massive Muslim immigration may have few visible repercussions today — but a great many tomorrow.

That reality is becoming manifest in the United States.

Former Massachusetts Gov. Mitt Romney doesn’t have the support of Kentucky Sen. Rand Paul as he explores a presidential bid....