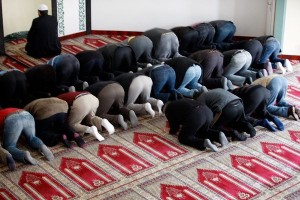 Its unassimilated populations, often openly hostile to their host countries , and they continue to grow.

The New York Times ran a front-page article after the Charlie Hebdo massacre on Europe’s “dangerous moment.” As terrorists rampaged through Paris, ultimately killing 17, what was the cause of this particular alarm? That anti-immigration parties in Europe might gain.

The Times article captured perfectly the reaction of polite opinion to the Paris attacks, which is driven almost as much by fear that someone might notice that Europe has an immigration problem as it is by fear of the terrorism itself.

Europe’s anti-immigration parties run the gamut, from  (Greece’s Golden Dawn), to (France’s National Front), then the (Britain’s UKIP). What they all have in common is that they benefit from the refusal of mainstream parties to admit the obvious: If a country is manifestly having trouble assimilating the immigrants it already has, it shouldn’t add to their numbers willy-nilly.

Much more important than solidarity and unity — stirring as those things are, exemplified in the massive march in Paris over the weekend — would be a dose of honesty and realism on this issue.

The case of France is stark. Roughly 12 percent of its population is foreign-born, about the European average, according to the Migration Policy Institute. But it also has a particularly high percentage of descendants of immigrants. Because of France’s colonial history in Algeria and other countries in the Maghreb, many of them are Muslim.

It has the largest Muslim population of any Western European country, both in absolute numbers and in percentage terms. These immigrants have tended to cluster in the suburbs of Paris, where they have become self-reinforcing religio-ethnic islands in the broader French sea. 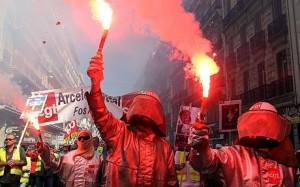 Some of the Paris suburbs are infamously known as “no go” zones, where there is essentially no official footprint. These areas are not just alienated from the French state; they are actively hostile to it. After cataclysmic rioting emanating from these suburbs in 2005, the phrase “the French intifada” began to gain currency. In a bookof that title, author Andrew Hussey describes it as “the guerrilla war with police at the edges and in the heart of French cities.”

This conflict is, Hussey argues, the continuation of France’s long, fraught interaction with colonial populations by different means and on different terrain. It is exacerbated by the tension Muslims feel between their religious identity and the secularism of the French state, with Islamic radicalism beckoning as a source of perverse purpose.

Although France’s problem has peculiarly French characteristics, bound up in its history and national identity, a version of the Paris attacks easily could have happened in Britain, Sweden, the Netherlands, or Germany. They, too, have Muslim populations that, in some areas, haven’t fully integrated.

Why does the United States not have the same problem (although it has experienced its own homegrown attacks)? Its assimilationist machinery, for all its flaws, is in better working order. It is an open, economically dynamic society. But this is partly a function of numbers. Immigrants to the U.S. still largely come from Christian countries and don’t feel the powerful pull of a religious identity putting them at odds with their new country.

This is a rather basic point: The quantity of immigration inevitably affects the quality of assimilation. The elite’s reflex on immigration is always to say “more.” The populations of many European countries want to say “less.” Their case is stronger after the horrors of the last week, although all the usual obloquy will be heaped on it, and much intellectual and political energy will be devoted to denying that the Paris attacks had anything to do with immigration or Islam.

Addressing a long-ago crisis in Athens, Demosthenes said of those demanding to know his alternative, “I will first give them this answer — the most just and true of all — ‘Do not do what you are doing now.’” On immigration, that is the counsel that Europe needs to hear, and to heed.

Why Is Islam Treated Better than Other Faiths?

By Dennis Prager Since 9/11, the Western world’s academic, media, and political elites have done their best to portray Islam...