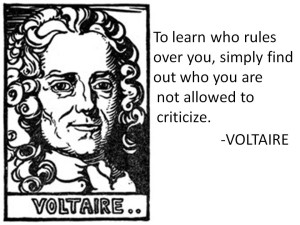 Since 9/11, the Western world’s academic, media, and political elites have done their best to portray Islam in a favorable light, treating it very differently from all other religions. Criticism of every doctrine, religious or secular, is permitted, often encouraged. But not of Islam. Only positive depictions are allowed.

We’ll start with an example of pro-Islamic bias that is so ubiquitous that no one seems to notice it. Why do Western media — largely composed of irreligious people, one might add — always deferentially refer to Mohammed as “the Prophet Mohammed” in news articles and opinion pieces?

When Jesus is mentioned, the media never refer to him as “Christ, the Lord” or as “the Lord and Savior Jesus Christ.” Just “Jesus.” In fact, “A.D.” (“Anno Domini,” “In the Year of our Lord”) has been completely dropped by the very academics and media who always write “the Prophet Mohammed.”

When the media discuss Joseph Smith, the founding prophet of the Church of Jesus Christ of Latter-day Saints (the Mormon Church), they don’t refer to him as “the Prophet Joseph Smith.” Why not? Is there a single difference between his title and role in Mormonism and Mohammed’s in Islam?

And Jews refer to Moses as “Moshe Rabeinu,” Moses our Teacher. Why don’t the media?

This was not the case in the past. When I studied Islam and Arabic in college, professors referred to the founder of Islam as “Mohammed.” And virtually none of the great biographies of Mohammed — even among those recommended on Muslim websites — have the words “the Prophet Mohammed” in their title.

There is only one possible reason, and that is political correctness — Western elites bending over backwards on behalf of Muslims and Islam in ways they never would for another religion.

Another ubiquitous example: Before 9/11, the phrase “Allahu akbar” was translated as “Allah is great” (or “the greatest”). For a decade at least, it has been translated as “God is great.”

This was deliberate. In 2004, the influential Associated Press Stylebook announced: “A new entry has been added to the AP Stylebook: Allah. The Muslim name for God. The word God should be used.”

One week before President Obama is set to deliver his State of the Union address, lawmakers gathered at The Heritage...