On Friday the U.S. Supreme Court agreed to hear a case brought by California raisin farmers who were fined by the government for selling their crop on the open market, instead of limiting their sales by delivering some of their raisins to a government-approved middleman. This case illustrates the absurdity of a government program that harms consumers by raising the prices for a popular fruit while denying farmers the fundamental economic freedom to sell their perfectly legal crop as they please. 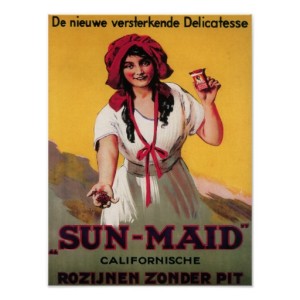 This case involves a U.S. Agriculture Department regulation called the California Raisin Marketing Order, which dates back to 1949. The Order establishes a committee of raisin growers that requires all California raisin growers to sell their crop to raisin handlers. (Most U.S. raisins are grown in California.) The committee dictates that the handlers set aside a certain percentage of raisins not to be sold in the U.S. market. Producers receive below market compensation (and sometimes no compensation at all) for these “reserve raisins,” which may be sold overseas at very low prices or not sold at all and destroyed. The point of this scheme is to artificially limit raisin sales in the United States so as to raise prices and profits for California raisin producers, a result at odds with the free market and with the interests of consumers.

California raisin producers Marvin and Laura Horne sought to evade this cartel regulation by handling their own raisin crop, rather than by selling it to traditional handlers, to whom the Raisin Order clearly applied. Similarly, by buying and handling other producers’ raisins for a per-pound fee, the Hornes believed that they could avoid the Raisin Order’s definition of “handler” with respect to those purchased raisins. An Agriculture Department regulator disagreed, finding the Hornes liable for numerous Order violations and fining them over $695,000, including an assessment of nearly $484,000 for the dollar value of the raisins not held in reserve.

The Hornes challenged this Agriculture Department decision in federal district court, arguing that they were not “handlers” within the meaning of the Raisin Order and that the Order violated the Fifth Amendment to the Constitution’s prohibition on uncompensated takings and the Eighth Amendment’s prohibition against excessive fines. After losing in district court and in the Ninth Circuit Court of Appeals, the Hornes petitioned to the Supreme Court, which agreed to hear the Fifth Amendment takings claim. (The Hornes lost on the Eighth Amendment excessive fines claim in the lower courts, and it is not being considered by the Supreme Court.)

The Supreme Court will decide the question of whether the government’s constitutional duty to pay just compensation when it “physically takes possession of an interest in property” applies only to real property, or to personal property as well – in this case, the Hornes’ raisins. If the Supreme Court finds for the Hornes, it will strike a powerful blow for economic freedom and the right of individuals not to participate in government cartel schemes that harm the public interest. Faced with having to pay just compensation to non-participating farmers, the Agriculture Department might perhaps choose to dismantle harmful marketing orders, or at least to eliminate any supply restrictions found within such orders. Such a result would strike a blow for consumer welfare and economic liberty.

In Case You Missed It:  If You Are Vaccinated and You Fear the Un-Vaccinated, You Might Be a Moron
Posted in Freedoms and tagged Congress, Conservatism, Constitution, Foundry, Freedom, Governments, Obama, United Socialist States of America.

Nothing to do with Islam