Hollywood Leftist & Academy Awards Host Billy Crystal, who played one of the first openly gay characters on TV in the Seventies, told the Television Critics Association that gay scenes aren’t “to his taste”. 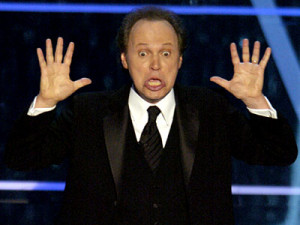 Speaking during a panel interview in Pasadena, the actor said: ” I think: ‘Ah that’s too much for me’.

“Sometimes, it’s just pushing it a little too far for my taste and I’m not going to reveal to you which ones they are. I hope people don’t abuse it and shove it in our face to the point where it feels like an every-day kind of thing,” Crystal added.

Crystal also used the event to publicise his much-hyped return to TV comedy, with his new show The Comedians, set to air in April.

Crystal’s remarks on LGBT scenes were met with hostility online by the homosexual community, with leftist users asking what the “proper amount” of exposure is that gay people should have on TV.

With about 1.8% of the population (gov’t figure, not mine) holding the remaining 98% hostage and forcing-feeding an unwanted agenda on a daily basis. And ANY disagreement expressed by the 98% is met with personal attack in an effort to silence dissenters . Ironically, those doing the attacking are likely the biggest proponents of “free speech” (which is the same tool they use to cram their perspective down your throat in the first place).

I would place a large bet that most Americans feel the same way as Billy Crystal. Gays are a small minority in this country, but the way they are depicted on television is that they are the majority. I, for one, don’t particularly care to see sex scenes in general on TV. But what is so obnoxious is the fact that the gay lifestyle is being pushed on many shows.

Most every gay and lesbian has a very dysfunctional life and are always at odds with others. They never seem to be able to shake what seem like deep mental problems.

I certainly think there are naturally ‘gay’ people who have hormone imbalances or chromosomal abnormalities, etc. They are rare and they should be protected, but the vast majority of gay people I’ve known have clear mental and emotional control issues.

Seems every movie have to have some sort of gay or lesbian or bad Russian people propaganda. It’s getting annoying. 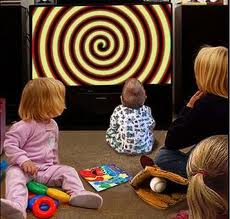 Homosexuality is being propagandized on teenager’s television shows like Glee. Kids get influenced by sub-cultures and many will act out as ‘gay’ when they are not actually gay at all, just to rebel. That’s the psychology that these indoctrinators are going for.

Homosexuality, as a culture, is being sold to children on a daily basis. Don’t be surprised to see Disney make the first homosexual princess cartoon.

Sadly television has  now become an indoctrination tool that isn’t even a good idea for Children or adults to watch.   The TV shows all present false realities as ‘real’. The cartoons push a social agenda that will raise your kid to be a failure in the real world when facing real enemies and real competition.

Homosexuals are defined by their behavior nothing more. It’s cause is not a genetic one but a learned behavioral one.

The Controversy Over ‘American Sniper,’ Explained in 2 Minutes

The movie “American Sniper” is a box-office hit, displacing “The Passion of the Christ” as the top-grossing movie to debut...