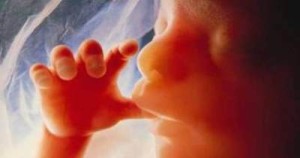 If there is one subject that should not be left for the deceitful ‘debate’ of self-serving, bankrupt-of-morals politicians, it’s protecting the lives of unborn children.

Any possible ‘debate’ on abortion came to a loud and grinding halt when technology proved for once and for all that babies are not the convenient so-called ‘fetuses’ that give rise to the selfish “My body, my choice” alibi but thumb-sucking infants, photographed as irrefutable proof in their mother’s wombs.

Now comes proof that delaying and diluting the Pain-Capable Unborn Child Protection Act is a purely political maneuver and not an honest attempt to save the lives of the innocent unborn.

Even the name of the latest Act whose aim is to protect the lives of the unborn, The Pain-Capable Unborn Child Protection Act,  leaves room for questions.

“Pain-capable” is more than a misnomer.  Ample evidence proves that babies don’t suffer “capable” pain, but endure unspeakable pain during the abortion procedure that includes their cries and screams.

It takes courage to call the slaughter of 57 million babies in the womb what it is: the mass and wanton slaughter of young children, and we live in an era where many, if not most elected politicians, come without courage.

And it gets worse when abortion mills begin to be accepted as routine.

Thanks to the cruelty of the community organizer and acknowledged World Champion of Partial Birth Abortions in the White House, Americans are now ordered to accept as routine the cruel murder known as “partial-birth abortions”.

Partial-birth abortion is just another name for late-term abortion.

“ Partial-birth abortion is a late-term abortion. It is an abortion technique used in the second and third trimesters of pregnancy, with the goal of delivering a fetus that is not alive. (uslegal.com)

“The following is an example of a federal statute defining the term:

“Pursuant to 18 USCS § 1531(b), the term “partial-birth abortion” means an abortion in which the person performing the abortion:

Further frustrating proof of what political debate doesn’t do to stop the murdering of children: 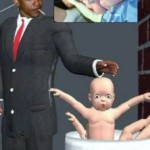 The Pain-Capable Unborn Child Protection Act,  which is, in reality the 20-week abortion ban,  had already got a green light in the last Congress with overwhelming GOP support.
Why was it reopened for further debate two weeks after midterm elections brought in a GOP majority?

Although Rep. Marsha Blackburn of Tennessee, now contends (See Below) that shelving the Act was not her intention, it was Republican female members Renee Ellmers of North Carolina and Jackie Walorski of Indiana who forced the cancellation of a vote on the Act scheduled to coincide with Wednesday’s March for Life and the anniversary of the Roe vs. Wade decision.

They cannot possibly argue that they did it for the children.

The bill is delayed but the 18,000 late-term abortions that are occurring in America each year are not.

With no cries of outrage from GOP, their own female members have left a legacy of red herrings on a ban that shouldn’t even be open for debate.

With all polls indicating that a majority of Americans are for protecting unborn children, the GOP should be finding ways around Obama, who has already vowed to veto the bill.

Last week’ stall, already gave new life to (D-N.Y.) Rep. Carolyn Maloney’s specious argument that “instead of a jobs agenda , the majority seems bound and determined to attack women’s rights, to take away a woman’s constitutional right to make for herself the most private and personal and intimate decisions”.

In forcing the vote on the Pain-Capable Unborn Child Protection Act back, the self-serving Republican reps were hoping to escape Dem attack ads; coveting womens’ votes and seeking the approval of the millennials.

Tossing her out like an empty styrofoam coffee cup, a group of pro-life millennials who gathered outside her office on Thursday to express their anger at her delay of the Pain-Capable Unborn Child Protection Act,  denied any support for Ellmers on their end.

Perhaps her coming on like a Democrat weeks after her election will send warning bells ringing among the well-meaning Tea Party who sponsored her election.

Meanwhile, political debates will never ban abortion, but will only continue to open the door for more red herrings to trip up any bans.

Mother Teresa said it best at the 1994 National Prayer Breakfast: “If we accept that the mother can kill her own child for convenience, what moral ground is left?”

Not even babies’ screams stop politicians from allowing late pregnancy abortions
On the Anniversary of Roe v. Wade…..

Blackburn Vows to Continue Fight to Protect the Unborn

“Over the past few weeks I’ve had the privilege of leading the effort to build support for the Pain-Capable Unborn Child Protection Act as we work to ensure the unborn are provided the same protections that all human life deserves. While I am disappointed we were not able to complete our work on this important piece of legislation this week, I am appreciative of the Members who brought their concerns to me. I agree with the National Right to Life that it was better to delay the vote than to pass a greatly weakened bill.

“We must return the focus of this legislation to what matters most – protecting the lives of precious babies. As the primary co-sponsor of this bill, it is a top priority for me and I remain committed to working with our leadership team, the Pro-Life Caucus, and the pro-life organizations who have fought along side us to build support and move this legislation across the finish line.

By Alan Caruba  Can anyone remember how awful the U.S. healthcare free market system was that it needed to be...