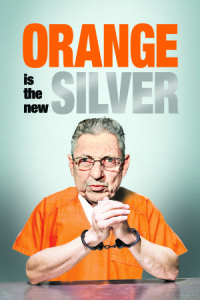 The ink was scarcely dry on the federal fingerprint pad last week when the usual suspects began lining up behind the biggest fish US Attorney Preet Bharara has hauled in to date: New York Assembly Speaker Sheldon Silver.

“I’ve always known Shelly Silver to be a man of integrity,” announced Mayor de Blasio, without an atom of irony.

“There is no one in public life in New York who has fought more effectively, for decades, for almost everything I care about in public policy than Sheldon Silver,” Richard Gottfried of Manhattan, one of the Assembly’s longest-tenured members proclaimed with a straight face.

“I want to see the facts before I have an opinion,” said Gov. Cuomo — ominously for him, also an object of curiosity to the feds.

So there you have it.

Bharara convincingly accuses the most powerful person in New York government over the past 20 years of taking $4 million in exchange for no work whatsoever — in effect, selling his office, if not his soul — and the insiders are afraid to say boo.

Could anything be more typical of the attitude New York’s morally bankrupt political establishment brings to such matters? For all the players — overt crooks and fellow travellers alike — the relevant query last week seemed to be this:

Why is everybody picking on poor Shelly Silver all of a sudden?

For it may have taken a five-count federal corruption indictment alleging millions in kickbacks and other corrupt practices for everyday New Yorkers to twig to the fact that the Lower East Side’s favorite son is — in the fullest Nixonian sense of the word — a crook.

But insiders have known better for many, many years.

Shelly Silver is the man with a thumb in every cup of soup; he’s a superbly talented manipulator who can, and does, make things happen on all levels of government to the benefit of his friends, his allies and — Bharara now alleges — himself, too.

By virtue of his status as top Democrat in the Albany Legislature, Silver:

And the above merely are side dishes.

For Silver’s day gig — Assembly speaker — has him in the catbird seat regarding the disposition of billions upon billions of tax dollars every year. The special interests understand this, and boost the campaign accounts and electoral prospects of Silver’s allies, while damaging his adversaries, accordingly.

The speaker didn’t invent this game, of course, but longevity has a quality of its own: Shelly Silver’s 20-plus-year tenure as speaker — he first went to the Legislature in 1976 — allow him to shape the process to his personal advantage in some unique ways.

Hardly anybody challenged him along the way; those who did came swiftly to regret it.

Reasonably strong governors (George Pataki and Andrew Cuomo), a weak governor (David Paterson) and an insane governor (Eliot Spitzer) only rarely made waves on Silver’s pond — and when the turbulence settled the speaker was always stronger than ever.

Whether Silver wriggles off the hook this time is an open question. Bharara’s indictments allege some pretty egregious behavior; then again, nothing in the particulars seems really out of character for the speaker.

It’s a big-bucks business — and Silver certainly isn’t the only one stained by the skid-greasing. The real-estate industry generally is a cash-pump for politicians. (Cuomo himself last year collected as much as $1 million in campaign cash sifted through several limited-liability corporations by a single contributor, real-estate titan Leonard Litwin.)

Given all this, that $4 million really is couch-cushion coin — at least to practitioners of the smarmy arts Silver has so clearly mastered.

To Bharara, on the other hand, the decision to take on Silver could not have been arrived at lightly. The speaker may not be the only big dog in the game — but they don’t come any larger, they don’t bite any harder, their memories aren’t any longer, and they sure as hell aren’t any smarter.

Which explains the lineup of Democrats eager to attest to his “integrity.” If Silver goes down, it threatens the whole system of kickbacks to unions, favored nonprofits and real-estate donations.
Bharara may not win this case — but he had the nerve to bring it and that has to count for a lot.

How many spines shivered at that?

Barack Obama and the Audacity of Failure

It is often remarked that the Ship of State is the one ship which leaks from the top. Thus even...