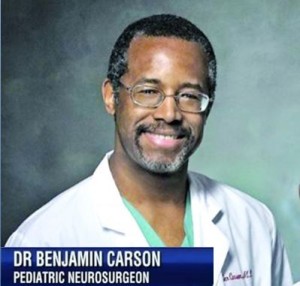 Many Americans are rooting for a Dr. Ben Carson candidacy in 2016. The no-nonsense surgeon who has been a vocal opponent of Obamacare and a supporter of a return to a government by, of and for the people has been cagey and tight-lipped about whether or not he will run for president in 2016.

Still, according to Dr. Carson, considering all the turbulence in America today, there may not even be a presidential election.
Carson claimed in an interview with Fox News’ Chris Wallace that there may not even be an election in 2016, saying, “I hope that that is not going to be the case. But certainly there is the potential.” When Wallace asked if he believed that, the famed neurosurgeon replied that he did,

“[B]ecause you have to recognize we have a rapidly increasing national debt, a very unstable financial foundation, and you have all of these things going on, like the ISIS crisis, that could very rapidly change things that are going on in our nation. And unless we begin to deal with these things in a comprehensive way and a logical way, there’s no telling what could happen in just a matter of a couple of years, and particularly in a situation where we have a Senate and a Senate leader who has over 300 bills sitting on his desk, [who] will not bring them to the floor for a vote.”

Carson’s analysis would appear to be far-fetched if the policy of the Democrat Party was not dedicated to the promotion of lawlessness.
We take for granted that there will always be a peaceful transition of power in America; however, we have also taken for granted many other things that most thought were irrevocable and are currently under attack.
The Democrat-controlled Senate simply refuses to do their job as Senate Majority Leader Harry Reid refuses to bring bills to the floor.
The Obama DOJ routinely engages in activism and refuses to defend laws that the Obama regime does not favor while interjecting federal presence in state matters.
The uninfringeable right to keep and bear arms is routinely challenged by the Obama Administration.
And perhaps most shockingly of all, the president is firmly committed to unbridled lawlessness. Making trades with terrorists, refusing to secure the border from invaders, unilaterally issuing executive orders to mandate his will like an absolutist monarch- all of these things have happened recently.
Is it really too hard to believe that the transition of power may not go smoothly in these dark times for our republic?

NYT Is Lost in Its Ukraine Propaganda

One danger of lying is that you must then incorporate the falsehood into the longer narrative, somehow making the lies...