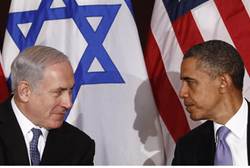 When Barack Obama was first touted as a presidential candidate to succeed George W. Bush, weak-minded Democrats claimed that The One was favored because of his cool, detached demeanor.

According to leftists, electing Barack Obama would end the ruinous cycle of war and chaos perpetuated by the bumbling cowboy from Texas, the dim- wit Republican addicted to middle-east oil, paid for with American and middle-eastern Muslim blood.

An Obama administration, we were assured, could not be provoked into impetuous, stupid wars 10,000 miles from home. Rather, Obama was an intellectual, mature adult who relied on dispassionate observation and emotionless analysis of facts in reaching important decisions.

Unfortunately for the left and the entire world, Obama’s seeming coolness was, in fact, a lethal mix of exaggerated indifference marked by epic laziness. The One was, it turns out, too self-absorbed in narcissistic self-adoration to pay attention.

Recent events have uncovered another brutal fact about our flawed president: Obama’s alleged coolness comes apart at the seams and disintegrates when The One is confronted with the reality of the Jewish state of Israel, and in particular, in matters involving the personage of Benjamin Netenatuayu, Israel’s formidable prime minister.

Obama’s intense, child-like hatred of Netenatuayu came to light recently after Speaker John Boehner invited Bibi to address a Joint Session of Congress, said invitation proffered without advance notification or approval of, or by, the tyrant in charge, Barack Hussein Obama.

Upon learning that Bibi would be allowed to speak before the Congress about the threat posed by a nuclear Iran, Obama gave into his deep-rooted emotional immaturity and immediately announced that Bibi would not be welcome at the White House, nor would Obama meet with the Israeli PM during his Washington, D.C. visit.

To make matters worse, The Obama team attempted to sell this scandalous snubbing of an important ally as an act of respect for protocol: Given the pending elections in Israel, they said, hosting Bibi could be seen as an inappropriate endorsement of the Netenatuayu candidacy.

The unbelievable argument that the administration was genuinely concerned about being impartial with regard to Israel’s elections was totally demolished when it was disclosed that Obama operatives and cash were being sent to Israel by the White House in a naked attempt to defeat Netenatuayu.

Once again, Obama’s immature, anti-Semitic hatred of Netenatuayu trumps the vaunted “coolness” once falsely attributed to The One.

In Case You Missed It:  HORROR: In order to make covid vaccines, Pfizer cuts open live babies without anesthesia to harvest tissues
Posted in Freedoms.

Islam and Terrorism: A Futile Debate

By INSS Mark A. Heller   Like the leaders of other Western countries targeted by Islamist terrorists, French President François Hollande...