President Obama attended India’s Republic Day Celebrations as its chief guest—the first time a U.S. head of state has been given this honor. Bilateral discussions, however, were the main order of business for this trip, cut short by the death of Saudi King Abdullah. Talks likely focused, in their limited form, on a range of important defense and foreign policy issues; the economy should take a prominent place among them. 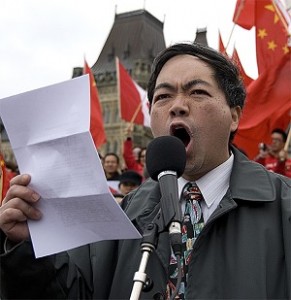 After a more than 10-year absence, I recently revisited India. I witnessed a “can do” spirit previously absent in that always just-about-to-break-through nation. While this was refreshing to observe, India still faces economic hurdles that are exceedingly difficult to surmount.

As recently as 1990, India’s per capita income was slightly higher than China’s. Today, China’s is approximately four times higher. According to The Heritage Foundation’s 2014 “Index of Economic Freedom,” India remains a difficult place to do business. It ranks 120th overall and 142nd in trade and investment freedoms.

Lower energy prices have helped the economy of late, but India has not run a budget surplus since independence in 1947. Only 3 percent of the population pays income taxes. Recapitalizing India’s inefficient state-run banks could cost 5 percent of GDP.

And running a business remains challenging. For example, firms with more than 100 employees must get government approval before they can lay off workers. India’s corruption and infrastructure problems are endemic.

That said, India remains the only economy with the potential to eventually match China’s. In terms of size and per capita income, India’s economy is approximately where China’s was in the late 1990s – a period where China begin to make a splash on the global stage.

India’s potential for growth is huge. Only 30 percent of the population is urbanized. As people leave the low-productivity farm sector, it presents a tremendous opportunity to increase productivity. India’s working-age population is expected to rise by 230 million by 2030. Since people save more during their working years, a rise in savings should boost domestic investment and economic growth.

Certainly India needs to increase the share of manufacturing employment. And the timing seems right for Prime Minister Narendra Modi’s new “Made in India” theme. Labor costs are rising rapidly in China, and Japanese firms are shifting to China-plus-one investment strategies.

American multinationals hope President Obama’s trip brings opportunity for them as well. While the Modi government has pledged it will no longer implement retroactive taxes on foreign firms, the law is still very much in place. The proposed uniform Goods and Services Tax would greatly help U.S. businesses because it would replace the myriad of local and state taxes. New Delhi must also improve patent protection and intellectual property rights. U.S. pharmaceuticals are losing billions from counterfeiting.

In Aesop’s story of the tortoise and the hare, the much slower tortoise eventually wins given its greater determination and endurance. While India and China have often been compared in this classic fable, India’s tortoise has consistently fallen further and further behind the Chinese hare. With growth slowing in China, however, and the hope for structural economic reforms in India, the tortoise may finally start to gain some ground.

In Case You Missed It:  Black Unemployment Rate Rises Under Biden After Dropping To Historic Low Under Trump
Posted in Freedoms and tagged China, Financial, Foundry, Governments, India, Obama.

BREAKING: Obama and Media Caught in lies over Ukraine-Russia Propaganda

Ukraine’s Military Commander: NO RUSSIAN TROOPS ARE IN UKRAINE. The Obama regime, its NATO puppet states, and the western presstitute...