Jordan said it will fast-track the execution of a would-be suicide bomber the Islamic State was trying to free immediately following the news of the captured pilot being burned to death. 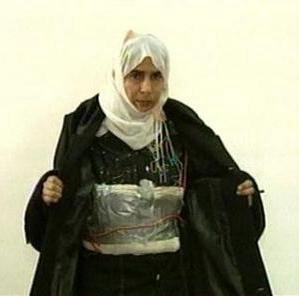 Sajida Mubarak Atrous al-Rishawi is a failed suicide bomber. The Jordanian Government said she will be executed at dawn tomorrow by hanging.

The Jordanian government has said that Sajida al-Rishawi and other jailed ISIS commanders would be ‘quickly judged and sentenced’ in revenge for its pilot Muath al-Kaseasbeh’s death.

Jordan’s response will be earth-shattering,” Information Minister Mohammed Momani said earlier on television, while the army and government vowed to avenge the pilot’s murder.

“Whoever doubted the unity of the Jordanian people, we will prove them wrong,” A Jordanian government spokesman said.

Now Jordan is planning the execution of it ISIS prisoners immediately.

Elijah Magnier, chief international correspondent for Kuwait’s Al Rai newspaper, said  ‘I have reliable contact in the Jordanian government who says a message has been passed to ISIS”.

‘There are other prisoners in Jordan that ISIS would like to free, they are dead men walking and will be executed immediately. Attempts to contact the Jordanian government for comment, their spokesman has not yet responded.

It is understood the execution of Sajida al-Rishawi , the female Islamic militant whom ISIS had originally demanded Jordan release in exchange for Kasasbeh, her hanging will take place tomorrow morning at Dawn.

Last night it was reported that Jordanian officials had told the 26 year-old pilot’s devastated family that they believed the footage to be genuine and that the man branded a ‘hero’ in his homeland was dead.

The west needs to learn a lesson from Jordan, this is how to deal with barbarism like ISIS, execute the ISIS prisoners immediately.

Shoebat Foundation The Jordanian pilot from the U.S. led-Coalition Muath Al-Kassasbeh is arrayed in front of armed terrorists as if...