Obama continues to go at it alone and ignores the will of the people, he has been issuing millions of work permits over the limits set by Congress, according to a new report from the Center for Immigration Studies. 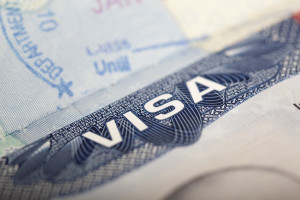 In the report released Monday, the anti-amnesty group explains data it obtained from U.S. Citizen and Immigration Services (USCIS) via a Freedom of Information Request.

CIS laid out three categories of immigrants who received work authorization under what the group is calling a “shadow” system:

Approximately 1.8 million new work permits were issued to aliens with temporary visas or who entered under the visa waiver program. Of these, about 1.2 million (67%) had a visa status for which employment is not authorized by law, such as foreign students and independents of guest workers.

About 982,000 new work permits issued to illegal aliens or aliens unqualified for admission. Of these, 957,000 were aliens who crossed the border illegally (Entered Without Inspection). Inexplicably, 1,200 new work permits were issued to aliens who were denied asylum, were suspected of using fraudulent documents, were stowaways, or were refused at a port of entry.

About 1.7 million, were issued to aliens whose status was unknown, not recorded by the adjudicator, or not disclosed by U.S. Citizenship and Immigration Services (USCIS), the agency that processes the applications.

“I was astonished at the huge number of work permits that are being issued by the Obama administration outside the legal immigration system through executive discretion, especially at a time of high unemployment and stagnant wages,” Jessica Vaughan, CIS’ director of policy studies, said Monday. “Besides the effect on the American worker, it encourages and rewards more illegal immigration.”

The report comes a day before the Senate is set to take its first vote on a House-passed Department of Homeland Security appropriations bill that defunds President Obama’s executive amnesty — the president’s attempt to grant legal status and work permits to millions of illegal immigrants.

In Case You Missed It:  FIREWORKS: Next Week Will Be Explosive – Indications Mounting that Both Arizona and Georgia 2020 Valid Election Results May Move These States to Trump NEXT WEEK
Posted in Tyranny and tagged Congress, Constitution, Immigration, Obama, White House.

Advertising websites have the ability to obtain a sizable chunk of personal data provided by users of Healthcare.gov. Following up...