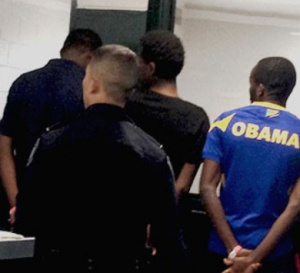 The American federal holiday known as Presidents’ Day was originally set aside for We the People to reflect on, and honor, the patriots who have served America as CEO and Commander-in-Chief for more than 230 years.

The day was supposed to honor all previous chief executives, as well as the current White House occupant.

In hindsight, the day seems a good idea, meant for reflecting positively on the many achievements and accomplishments of our presidents in protecting and defending the US Constitution and advancing the concept of self-governance through Democratic republic and our shared cultural values.

Unfortunately, when the holiday was originally conceived there was little, or no, concern that a Marxist tyrant and hysterical, anti-American, religious zealot with affections for terrorists would somehow slither into the presidency.

Indeed, the American people were too clever for that! (NOTE: This precedes the era in which politicians schemed and scammed based on the prevailing assumption that “stupid Americans” could be duped into anything!)

Besides, we had an aggressive, sophisticated, well-heeled press, 4th Estate, that would protect America through independent, objective, truth-seeking inquiry!

The notion that 47 percent of the electorate would automatically vote for an anti-American Marxist rebel whose entire platform was based on class warfare and redistribution of wealth (stolen gifts and entitlements awarded to preferred constituents) was so un-American as to be utterly unthinkable.

Thus, nobody gave a second thought to the possibility that the man installed in the Oval Office would have utter and complete contempt for the US Constitution and the culture, principals, and ideals on which our blessed nation were founded.

Who would have imagined that a (presumably) duly-elected president would seek to circumvent existing laws with unilateral Executive Orders with no input from, and in defiance of, the US Congress?

Who would have imagined that a president would have the temerity to use extortion, political bribes, and lying to seize the nation’s health care system, and sixteen percent of the national economy, in order to mandate unwieldy, non-affordable, socialized medicine that the American people simply did not want?

Who would have imagined that a president would seek to destroy the two-party political system by deliberately promoting the invasion of America by tens of millions of non-English speaking, unskilled illiterates born and raised in foreign lands, people whose cultural, social, and political affections remained irrevocably tied to foreign interests?

Who would have imagined that an American president would place his personal political fortunes above the basic responsibility to protect and defend American diplomats serving in a foreign nation and that that president would hide and distort the truth from the American people, all in the name of preserving the president’s reckless claim to success in foreign policy in an election year?

Who would have imagined that the president would be ideologically and spiritually linked to a religion that was an avowed enemy of freedom and Democracy, and that openly vowed to exterminate Jews, Christians and other non-believers who refused to convert to the so-called “Religion of Peace”?

Who would have thought that the president would be an irresponsible, reckless abuser of the nation’s treasure, such that the national credit was downgraded during his term, and the national debt would grow as a severe threat to the economic health of the nation?

In short, who would have thought that America would elect an incompetent, anti-American wrecking ball like Barack Obama?

For the sanity of We the people, let us just pretend that Presidents’ Day does not exist–at least until February, 2017!