US President Barack Obama is mainstreaming anti-Semitism in America.

This week, apropos of seemingly nothing, in an interview with Mathew Yglesias from the Vox.com website, Obama was asked about terrorism. In his answer the president said the terrorism threat is overrated. And that was far from the most disturbing statement he made.

Moving from the general to the specific, Obama referred to the jihadists who committed last month’s massacres in Paris as “a bunch of violent vicious zealots,” who “randomly shot a bunch of folks in a deli in Paris.”

In other words, Ahmedy Coulibaly, the terrorist at Hyper Cacher, the kosher supermarket he targeted, was just some zealot. The Jews he murdered while they were shopping for Shabbat were just “a bunch of folks in a deli,” presumably shot down while ordering their turkey and cheese sandwiches.

And anyway, Obama explained, we’re only talking about this random act of senseless violence because as he said, “If it bleeds, it leads.” The media, desperate for an audience, inflates the significance of these acts of random violence, for ratings.

Obama’s statement about the massacre of Jews in Paris is notable first and foremost for what it reveals about his comfort level with anti-Semitism.

By de-judaizing the victims, who were targets only because they were Jews, Obama denied the uniqueness of the threat jihadist Islam and its adherents pose to Jews. By pretending that Jews are not specifically targeted for murder simply because they are Jews, he dismissed the legitimate concerns Jews harbor for their safety, whether in Diaspora communities or in Israel.

If nothing distinguished Coulibaly’s massacre at Hyper Cacher from a mugging or an armed robbery gone bad, then Jews have no right to receive unique consideration – whether for their community’s security in London or Paris, or San Francisco – or for Israel’s security.

As subsequent statements from administration spokespeople made clear, Obama’s statement was not a gaffe. When questioned about his remarks, both White House spokesman Josh Earnest and State Department spokeswoman Jen Psaki doubled down on Obama’s denial of the anti-Semitic nature of the massacre at Hyper Cacher. Earnest said that the Jews who were murdered were people who just “randomly happened to be” at the supermarket.

Psaki said that the victims didn’t share a common background or nationality, pretending away the bothersome fact that they were all Jews.

Just as bad as their denials of the anti-Jewish nature of the attack on Hyper Cacher, were Psaki’s and Earnest’s belated revisions of their remarks. After coming under a storm of criticism from American Jews and from the conservative media, both Psaki and Earnest turned to their Twitter accounts to walk back their remarks and admit that indeed, the massacre at Hyper Cacher was an anti-Semitic assault.

Their walk back was no better than their initial denial of the anti-Jewish nature of the Islamist attack, because it amplified the very anti-Semitism they previously promoted.

As many Obama supporters no doubt interpreted their behavior, first Obama and his flaks stood strong in their conviction that Jews are not specifically targeted. Then after they were excoriated for their statements by Jews and conservatives, they changed their tune.

The subtext is clear. The same Jews who are targeted no more than anyone else, are so powerful and all controlling that they forced the poor Obama administration to bow to their will and parrot their false and self-serving narrative of victimization.

The administration’s denial of the unique threat Jews face from jihadists is not limited to its anti-Semitic characterizations of the attack at Hyper Cacher.

It runs as well through Obama’s treatment of Israel and its actions to defend itself against its jihadist enemies from Hamas to Hezbollah to Iran.

Today, the most outstanding example of Obama’s exploitation of anti-Semitic tropes to diminish US 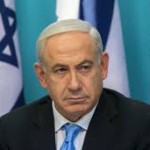 support for Israel is his campaign to delegitimize Prime Minister Binyamin Netanyahu ahead of his scheduled speech before the joint houses of Congress on March 3.

As we belatedly learned from a small correction at the bottom of a New York Times article on January 30, contrary to the White House’s claim, Netanyahu did not blindside Obama when he accepted Speaker of the House John Boehner’s invitation to address the Congress. He informed the White House of his intention to accept Boehner’s offer before he accepted it.

He did not behave rudely or disrespectfully toward Obama.

The only one that behaved disrespectfully and rudely was Obama in his shabby and slanderous treatment of Netanyahu. It was Obama who peddled the lie that Netanyahu was using the speech not to legitimately present Israel’s concerns regarding the prospect of a nuclear armed Iran, but to selfishly advance his political fortunes on the back of America’s national security interests and the independence of its foreign policy.

It was Obama and Vice President Joe Biden who spearheaded efforts to coerce Democratic lawmakers to boycott Netanyahu’s speech by announcing that they would refuse to meet with the leader of the US’s closest ally in the Middle East during his stay in Washington.

So far only 15 members of the House and three Senators have announced their intention to boycott Netanyahu’s speech. But even if all the other Democratic lawmakers do attend his speech, the impact of Obama’s campaign to defame Netanyahu will long be felt.

First of all, if all goes as he hopes, the media and his party members will use his demonization of Netanyahu’s character as a means to dismiss the warnings that Netanyahu will clearly sound in his address.

Second, by boycotting Netanyahu and encouraging Democrats to do the same, Obama is mainstreaming the anti-Semitic boycott, divestment and sanctions movement to isolate Israel.

Moreover, he is mobilizing Democratic pressure groups like J Street and MoveOn.org to make it costly for Democratic politicians to continue to support Israel.

There is another aspect of the Hyper Cacher massacre, which was similarly ignored by the White House and that bears a direct relationship to Obama’s attempt to destroy the credibility of Netanyahu’s warnings about his Iran policy. 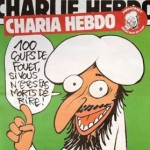 Whereas the journalists murdered at Charlie Hebdo magazine were killed because their illustrations of Muhammad offended Muslim fascists, the Jews murdered at Hyper Cacher were targeted for murder because they were Jews. In other words, the Islamist hatred of Jews is inherently genocidal, not situational.

If Islamists have the capacity to annihilate the Jews, they will do so. And this brings us back to Obama’s statement to Vox.com. As is his habit, Obama refused to use the term Islamic to describe the “violent, vicious zealots” who randomly targeted Jews at the Hyper Cacher.

Since the outset of his presidency, Obama has vigilantly denied the connection between Islamism and terrorism and has mischaracterized jihad as peaceful self-reflection, along the lines of psychotherapy. Last week his denial of the Islamist nature of jihadist assaults worldwide rose to new heights when in his remarks at the National Prayer Breakfast he compared today’s jihadists to the Crusaders from a thousand years ago. And whereas he identified the Crusaders as Christians, he refused to acknowledge that today’s mass murdering zealots act in the name of Islam.

Obama’s stubborn, absurd and dangerous refusal to mention the word Islam in connection with the war being waged worldwide by millions in its name, coupled with his eagerness to always compare this unnamed scourge to the past evils of Western societies, indicates that his defense of Islamic supremacism is not merely a policy preference but rather reflects a deeper ideological commitment. The perception that Obama either does not oppose or embraces Islamic extremism is strengthened when coupled with his appalling attempts to ignore the fact of Islamic Jew-hatred and its genocidal nature and his moves to demonize Netanyahu for daring to oppose his policy toward Iran.

It is in this policy and in Obama’s wider Middle East strategy that we find the real world consequences of Obama’s denial of the unique victimization and targeting of Jews and the Jewish state by Islamic terrorists and Islamist regimes. 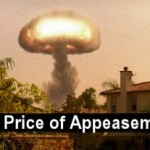 commitments under the agreement. Iran has stopped enriching uranium to 20 percent purity levels, and sufficed with enriching uranium to 3.5% purity. But at the same time it has developed and begun using advanced centrifuges that enrich so quickly that the distinction between 3.5% and 20% enrichment levels becomes irrelevant. Iran has made significant advances in its ballistic missile program, including in its development of intercontinental ballistic missiles designed to carry nuclear warheads. It has continued its development of nuclear bombs, and it has enriched sufficient quantities of uranium to produce one to two nuclear bombs.

According to leaked reports, the permanent nuclear deal that Obama seeks to convince Iran to sign would further facilitate Iran’s ascension to the nuclear club. Among other things, the deal will place a time limit on the already ineffective inspections regime, thus blinding the world entirely to Iran’s nuclear activities.

At the same time that Obama is facilitating Iran’s emergence as a nuclear power, he is doing nothing to stop its regional empowerment. Today Iran controls Syria, Iraq and Yemen and holds sway over Lebanon and Gaza. It threatens Saudi Arabia, and its Muslim Brotherhood allies threaten Egypt and Jordan.

As for Obama’s allied campaign against Islamic State in Syria and Iraq, the largest beneficiary to date of the US-led campaign has been Iran. Since the US-led campaign began last fall, Iran has achieved all but public US support for its control over the Iraqi military and for the survival of the Assad regime in Syria.

The trajectory of Obama’s policies is obvious. He is clearing the path for a nuclear armed Iran that controls large swathes of the Arab world through its proxies.

It is also clear that Iran intends to use its nuclear arsenal in the same way that Coulibaly used his Kalashnikov – to kill Jews, as many Jews as possible.

Perhaps Obama is acting out of anti-Semitism, perhaps he acts out of sympathy for Islamic fascism.

Whatever the case may be, what is required from Israel, and from Netanyahu, is clear. Speaking to Congress may be a necessary precondition for that action, but it is not the action itself.