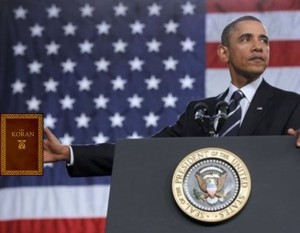 Our feeble-minded usurper POTUS just won’t quit.  Just last week,  I pointed out his inability or just outright refusal to learn.  Then to prove me right Obama attended the National Prayer Breakfast and his extreme reticence to give voice to coupling the words Islam and terrorism in spite of its overwhelmingly obvious correct pairing, he not only stayed his incorrect course, but he reached back into history over multiple centuries and brought this country’s most populated religion, Christianity, into a comparative position.

But our juvenile in the White House has to publicly announce his pique when the words Islam or Islamic coupled with the words terrorist or terrorism reach newsprint or are heard on newscasts; or descriptions of a military force consisting of Islamic or Muslim individuals, as Fox News Charlie Spiering advised us online Feb. 05, 2015, Obama made it known by reminding the Prayer Breakfast attendees that “violence rooted in religion isn’t exclusive to Islam, but has been carried out by Christians as well.”

Obama’s recent well televised documentary exploits using “selfies” was certainly a performance of childish actions and churlishness, but his digging Christians’ use of violence out of the musty files of many centuries ago in religious contexts made his use seem ever so much more infantile.  He is so up-tight when anybody mentions the title “Islamic Terrorist” of his now highly undoubted principal religious beliefs, that he gets out of sorts and miffed like when a grade-schooler gets referred to as a “boy”.

Had I been a reporter at the Prayer Breakfast I would have asked Obama how recent was any occurrence where “people committed terrible deeds in the name of Christ.”  I think he would have had some discomfort trying to modernize any such futilities or comparisons with the Islamics. 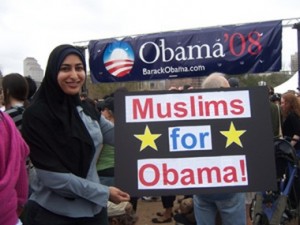 But Obama himself even gave note to another religiously motivated entity when Fox News Charlie Spiering quoted Obama as saying, “We see ISIL, a brutal vicious death cult that in the name of religion carries out unspeakable acts of barbarism,” he said criticizing them for “claiming the mantle of religious authority for such actions.”  Now that IS recent and, in fact, still going on.  Wikipedia describes ISIL as being a jihadist rebel group who are somewhat connected to the brutal press commentator beheadings.

But I doubt that there are any followers of Christ, as in Christians, in ISIL.  So perhaps Obama could update his future public utterings about justifying terrible deeds in the name of Christ and not reference centuries old actions such as the Crusades and it is extremely ingratiating to bring up something so old to justify, as in Pat Buchanan’s online article, “Rev. Wright’s Star Pupil” he mentions Obama’s calling out “the horrors of ISIS, al-Qaida and Boko Haram, the president decided his recital of crimes committed in the name of Islam would be unbalanced, if he did not backhand those smug Christians sitting right in front of him.” (Buchanan, Feb. 10, 2015)

You will have noted the words Obama used to mention “the horrors” of prominent Islamic groups such as ISIS, al-Qaida and Boko Haram, so even if he does not formally acknowledge their ties to Islam, he must subconsciously recognize the Islamic/Terrorist connection.

Pat Buchanan went on to say, “I believe this betrays something deeper. Obama revels in reciting the sins of Christianity and the West because he does not see himself as a loyal son of the civilization Christianity produced.”

Pat has something there and I have noted in past columns that Obama has little, if any, love for America.  He is constantly throwing this country under the bus in favor of his “beautiful sounds of Islam”, and in foreign country after country he continues his disparagement of America while singing the praises of Islam.

“Slavery was not invented by Christians. It existed when Christ was born. Fifth century Athens and the Roman republic had slaves. African slaves were brought not only to the New World in the 17th and 18th centuries but to Arabia and the Islamic world. Black African chieftains produced the captives for the slave trade.

“Why then does Obama single out Christianity for indictment, when it was Christians and their teachings about human dignity, and Christian moral leaders and Christian nations that abolished the slave trade and slavery itself, which endured in the Islamic world into the 20th century?

“But were the Crusades, military expeditions by Christian knights to liberate Jerusalem from the Muslims who had overrun these lands where Jesus had walked, preached, and died, unjust wars?  Obama seems to see the Crusades from the Saracen point of view.”

And speaking of crusades, I have great wonders if Obama’s personal vendetta against any and all things Christian in our military will ever end, or is he in a total eradication blitzkrieg for two more years?

The club of U.S. central bankers appears jittery, but it’s not because of interest rates, unemployment, or mortgage-backed securities.  It’s...