If McDonald’s told its employees that it was unacceptable to diss its fast food as gross, disgusting or unhealthy at either McDonald’s or in a public setting, would it elicit a heated reaction from lawmakers? 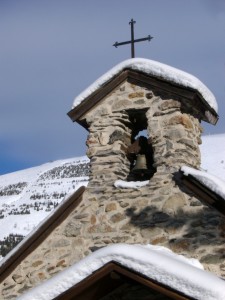 So why are lawmakers getting involved in a Catholic bishop’s decision to tell diocesan employees he expected them to not publicly object to church teachings?

Acknowledging not all teachers are personally Catholic, the archdiocese is pushing that its public and classroom statements and behavior reflect Catholic teaching on matters ranging from abortion to contraception to the Eucharist being the real presence of Jesus Christ.

Last week, eight California assemblymen and state senators, representing the areas in the archdiocese, sent Cordileone a letter, saying the new clauses “conflict with settled areas of law and foment a discriminatory environment in the communities we serve.” They continued:

Although your position wields discretion over working conditions at schools affiliated with the Catholic Church, the standards within the morality clauses would be illegal for any other [sic] employer. Your proposal goes beyond regulating behavior in the workplace and infringes upon the personal freedoms of your employees.

First, no one has to work for the San Francisco archdiocese. Plenty of people would find the clauses far too restrictive—and they can choose to never work at these Catholic high schools or to quit their current jobs there.

Second, it’s fairly typical for people to want to hire employees who are comfortable with and in agreement with the mission of the person or company—or who at least won’t publicly bash the company line. In his response to the eight lawmakers, Cordileone made that case, writing, “Would you hire a campaign manager who advocates policies contrary to those that you stand for, and who shows disrespect toward you and the Democratic Party in general?” He added:

On the other hand, if you knew a brilliant campaign manager who, although a Republican, was willing to work for you and not speak or act in public contrary to you or your party—would you hire such a person? If your answer to the first question is “no,” and to the second question is “yes,” then we are actually in agreement on the principal point in debate here.

On Monday, they asked the California Assembly Labor and Employment Committee and the Assembly Judiciary Committee to investigate the archdiocese’s actions. In particular, Ting and Mullin questioned the archdiocese’s decision to classify high school teachers as “ministers”—a classification that matters because of the 2012 Supreme Court decision in Hosanna-Tabor Evangelical Lutheran Church and School v. Equal Employment Opportunity Commission.

Michael Stokes Paulsen, a law professor at the University of St. Thomas, explained in a 2012 Public Discourse article how the Supreme Court decision broadened the definition of ministers:

The principle established by the First Amendment is that a religious group has the “right to shape its own faith and mission through its appointments” and thus has plenary “control over the selection of those who will personify [its] beliefs.” This includes teachers, lay leaders, and persons who perform a mix of religious and seemingly “secular” functions. The right extends to those whom a religious community, operating under its own system of rules, designates as central to its religious mission and identity. The court’s one-word descriptor perhaps says it best: those persons that the community identifies as personifying its religious identity. The court decided only the case before it, but it made clear that the right itself is one of religious community autonomy, broadly understood. It is not a right limited to pastors alone.

It seems clear that the archdiocese has legal precedent to call high school teachers at Catholic schools “ministers.”

This week, however, the archdiocese suggested that it would no longer push for the teachers to be called ministers. The National Catholic Register reported an archdiocesan priest “clarified that while the archbishop is no longer considering the use of the word ‘ministers’ to describe the Catholic teachers, he is now using the word ‘ministry’ instead to define their work.”

Regardless of the legal terms the archdiocese ultimately uses, what’s clear is that it is not unreasonable—or illegal—for a religion to ask teachers in its schools to adhere to certain practices. As written in the Hosanna-Tabor decision:

By forbidding the “establishment of religion” and guaranteeing the “free exercise thereof,” the religion clauses ensured that the new federal government—unlike the English crown—would have no role in filling ecclesiastical offices. The establishment clause prevents the government from appointing ministers, and the free exercise clause prevents it from interfering with the freedom of religious groups to select their own.

Ting, Mullin and the other six lawmakers may vehemently disagree with Cordileone’s decision—and that’s their prerogative. But it should concern all religious or religion-friendly Americans that a religious leader’s decision to ask teachers employed by the religion to refrain from public bashing of that religion has elicited such a strong reaction and a request of a probe from lawmakers.

Religious leaders should be free to make such decisions without worrying about interference from the government.

In Case You Missed It:  Health authorities are pushing booster shot extermination plans to hurry and kill the masses before they fully awaken to the covid scam
Posted in Freedoms and tagged Congress, Conservatism, Constitution, Foundry, Freedom, Governments, Obama, United Socialist States of America.

Fed Chair Janet Yellen Met With a Coalition of Conservatives Friday. Here’s How the Meeting Went.

Federal Reserve Chairwoman Janet Yellen met with a coalition of conservatives on Friday to discuss monetary policy. In December, a coalition of...