(Conservativepapers) From recent events we saw the US media and politicians place blame on American citizens that were later found to be incorrect. 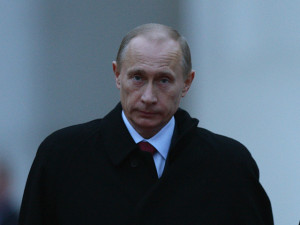 Zimmerman for what they said was a racially motivated murder in Florida, soon after a police officer in Ferguson was also convicted by the media before a trial, of racially murdering Michael Brown whom just happened to have robbed a market.  In both instances these individuals were found to be innocent in the court of law.

That’s did not stop the accusations and attacks from the media, and even the US President himself chose to publicly condemn Mr Zimmerman and the police officer Darren Wilson before the investigations were even completed. How could Obama have know who was guilty? He could not, it was impossible, the investigators were just starting the investigations,  but yet the media and Obama happened to have all the answers, how?

Now while nobody knows who killed Boris Nemtsov, the USA media is at it again, from thousands of miles away they have already convicted Russian President Vladimir Putin.   The narrative being written by the Western media, one that suits their newfound cold warrior mentality. Absurdly depicting Russia as falling back into authoritarianism comparable to the Stalin era, these worthies are pushing for regime change in the Kremlin.

Funny how political murders in the US for example the Kennedy brothers or Martin Luther King, are invariably the work of a “lone nut,” but in Russia it’s always the Putin government, even when nobody knows any of the details yet..

What you don’t know from our western media is that even  Putin’s enemies, with some alarm, are now throwing doubt on the West’s conventional wisdom.  The western media has not reported that even a friend of Nemtsov; Irina Khakamada, who co-founded with Nemtsov the opposition Solidarity Party, while blaming “the climate of intimidation,” also warned that “the murder could herald a dangerous destabilization,” according to Talking Points Memo. She said: “It’s a provocation that is clearly not in Putin’s interests, it’s aimed at rocking the situation.”

Nemtsov’s enemies were legion: aside from Putin and his supporters, there are the more extreme nationalists who think Putin is a sell-out. Nemtsov’s open support for the Ukrainian government against his own country generated the kind of hatred antiwar activists had to endure during the Vietnam war: think Jane Fonda upon her return from Hanoi. Perhaps a bit more lethal are the oligarchs threatened by Nemtsov’s reform program – a series of “anti-corruption” measures ultimately aborted by his mentor, Boris Yeltsin.

Who killed Boris Nemtsov? The answer is: we don’t know, at least not at this point, and one can only marvel at the investigative prowess of talking heads who “solved” this crime from a distance of several thousand miles, hours after it occurred. Nemtsov’s many enemies include the oligarchs he allied himself with, and then later turned on, who were no doubt eager to exact their revenge.

Nemtsov and his fellow dissidents have made swimming against the current in Russia their motto, Putin has an 85% approval rating and many Russian including many very powerful Billionaire Oligarchs were not happy with Nemtsov and openly so,  its a bit early to take them off the possible suspects list. The western media is not even open to the possibilities of a non-Putin linked killer.

If Putin had him killed is not just idiotic, it’s insane. If Putin’s as powerful and evil as the media and Washington officials claim, then assassinating dissidents across the street from Putin’s office seems well darn stupid… Considering the Russian government has enough money to have made Nemtzov disappear forever, but they choose to shoot him

on a bridge, in front of the Presidential palace? Putin must not have thought out killing  Nemtzov very well, literally at the walls of the Kremlin.  Not only does this discredits Putin and the security apparatus, the Kremlin Walls and the Bekhlimishevskaya Tower frame the scene with St. Basil’s to the right. It is simply difficult to imagine a location that could include more symbols of the Russian state, and why would Putin’s people choose such a location?

Putin’s government is authoritarian and corrupt, but then Western governments are too especially the Obama administration. More on point: political influence has always been for sale in Washington DC, and in state capitals as well. Perhaps it time to clean up Washington and worry less about what happening in the streets of Moscow.

Putin is no angel, but if you want to see devils just look at his probable successors, no, not the Putinists, none of whom have the stature to measure up to the original, but the outright fascists and ultra-nationalists who will take full advantage of Washington’s open hostility. Add to this the fact that Russia, while nowhere near the power it once was, yet retains its nuclear arsenal, and you have all the makings of a global calamity in progress. Do we want Russia to be the next Libya, or Iraq but with Nuclear weapons and one of the worlds most powerful militaries?

Since the Bill Clinton days, the United States has been intent on expanding NATO to Russia’s borders, in plain violation of promises Ronald Reagan made to Mikhail Gorbachev, now Obama wants to take that one step further and its a dangerous path to take. NATO expansion is in plain violation of Russia’s security interests, a point that one would expect the leaders of a country that nearly brought the world to the brink of nuclear annihilation over the installation of Soviet missiles in Cuba to understand.

There’s no way to know who was behind this and we’ll probably never find out (polling shows that 90% of Russians feel that the people behind the murder will never be identified).
By: The Libertarian
In Case You Missed It:  WATCH: Shocking Video Confirms Police Knew Kids Were Alive In The Uvalde School During Horrific Massacre
Posted in Tyranny and tagged Cold War, Eastern Europe, media, murder, Obama, Russia, United Socialist States of America, Vladimir Putin.

Can Obama Raise Your Taxes Without Congressional Approval?

The U.S. Constitution requires that tax bills originate in the House of Representatives. So could President Obama really impose a...