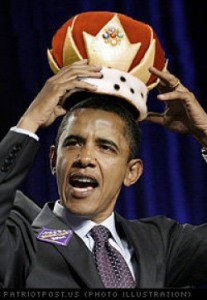 March 3: What a day of contrasts in Washington, D.C.!

On the one hand, Israeli Prime Minister Netanyahu delivered a masterful speech to a joint session of the US Congress, a speech in which the articulate, courageous leader warned the world of the idiotic path that the Obama administration is pursuing with regard to the nuclear aspirations of Iran, that renegade, terrorist Islamic republic that, given its druthers, would dispose of Israel and six million Jews at once in the Mediterranean Sea!

Bibi was precise and clear in laying out the facts and insane dangers in trusting Iran for 10 minutes, much less ten years as the Obama-Kerry team appears ready to do.

Despite the anti-Semitic bile emanating from the White House, Bibi’s speech was warmly received by those in attendance, as attested to by the 43 standing ovations and countless roars and cheers that filled the capitol throughout his truth letting presentation.

While Bibi was championing the cause of freedom through fearless dedication to truth, even when doing so meant taking on Barack Obama, weasels in the United States Congress were busy stabbing the American people in the back, for fear of offending the tyrant.

For while Bibi was fighting for a just cause, John Boehner and his gang of losers was succumbing to tyranny by refusing to engage Obama over his unlawful and unconstitutional Executive Orders concerning illegal aliens.

Oh, if only John Boehner, Mitch McConnell and other Republican establishment types were endowed with just a smidgen of the intelligence and guts of Bibi, America might have a decent chance to survive the Obama plague which threatens our very existence!

On Wednesday, the Senate failed to override President Obama’s veto of legislation authorizing construction of the Keystone XL pipeline. Sixty-two...