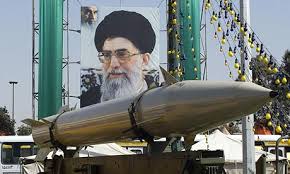 Although displaying backbones is a rare occurrence among Republicans in the US Senate these days, there are exceptions!

Such is the case where 47 GOP Senators have written Iran’s Supreme Leader Ayatollah Ali Khamenei to warn the leader that any agreement in which Barack Obama allows Iran “to keep their nukes” may be considered null and void.

A group of 47 Republican senators has written an open letter to Iran’s leaders warning them that any nuclear deal they sign with President Barack Obama’s administration won’t last after Obama leaves office.
Organized by freshman Senator Tom Cotton and signed by the chamber’s entire party leadership as well as potential 2016 presidential contenders Marco Rubio, Ted Cruz and Rand Paul, the letter reads in part:
“It has come to our attention while observing your nuclear negotiations with our government that you may not fully understand our constitutional system … Anything not approved by Congress is a mere executive agreement,” the senators wrote. “The next president could revoke such an executive agreement with the stroke of a pen and future Congresses could modify the terms of the agreement at any time.”

Although not specifically stated, the letter implies that Obama himself does not understand the US Constitutional system, and is a congenital liar whom is not to be trusted.

Bravo to the US Senate! Do not relent!

In Case You Missed It:  YOUR LIFE OR YOUR JOB: Massachusetts state troopers are opting to resign rather than get COVID-19 vaccines
Posted in Freedoms.

By Alan Caruba   The pat answer for black complaints about events these days is “white racism.”  One rarely, if ever,...