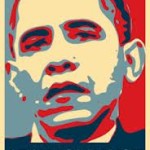 The president is not a stupid man. He may be cunning, devious, easily given to retribution, a monstrous ideologue, an Islamic terrorist denier, and a socialist at heart. But he is not stupid.

On the other hand he is not that smart. His actions betray his intellect. What he does with executive orders and lawless edicts and vetoes shows that he is more of an accomplice than a leader.

In his measured and reluctant “fight” against ISIS, Obama shows his deference to Islam. By setting aside millions of acres of prime Alaska land, land with great natural resources that America could use to grow jobs and create energy independence, the president gifts the rabid environmentalists.

Every action taken that chips away at America’s greatness has a reason. And Obama, as much as he dislikes this country, isn’t smart enough to compile the growing list of “payback” he is heaping on the United States.

Which leads to the question, “Who really benefits from what Obama does?”

You can compile your own list and follow the power and the money to see who, aside from Obama, benefits from actions that Obama is not smart enough to have conceived on his own.

When half the country is dumbed down with social media, amusement, entertainment, sports, and a growing expectation of government handouts, America has one foot in the declining empire grave. But the other half that will not sit idly by and watch the destruction has not given up yet.

In spite of weak leaders in “majority” parties, and in spite of their desire to use the threat of impeachment, many Americans are preparing for a major confrontation. “Conservative” state governments are fighting back. This may be our last hurrah.

The first civil war was truly about state’s rights. The next one will be also!

In Case You Missed It:  Woman Who Escaped Communism and Arrested for False Crimes on Jan 6 Shows Up Outside Mar-a-Lago to Support President Trump
Posted in Tyranny and tagged Debt Crisis, Immigration, ISIS, Islam, Israel, Military, Obama, Oil, Socialism, United Socialist States of America, US Citizen.

Independent Sen. Bernie Sanders Makes an Outside Pitch for President

Sen. Bernie Sanders laid out his outside pitch for president in a speech today at the National Press Club in...