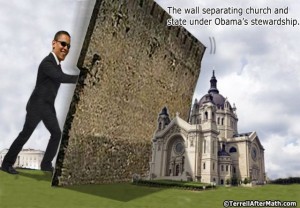 Americans tend to take the liberties spelled out in the Bill of Rights for granted. This is especially true of freedom of religion in which the First Amendment protects “the free exercise thereof” while at the same time prohibiting “an establishment of religion” to ensure that neither a state nor the federal government can stipulate a specific religion as the “official” one.

The earliest Americans came here to avoid persecution for their beliefs and created a nation in which tolerance of other faiths was an established virtue.

In the March 9 edition of the National Review, one news item noted that “The sheer brazenness of President Obama’s dissembling on gay marriage—confirmed by David Axelrod in a new book—might gall even the most hard-bitten of cynics.”

“Obama, Axelrod writes, ‘was in favor of same-sex marriages during the first presidential campaign, even as (he) publicly said he only supported civil unions, not full marriages’, but he could not admit as much for fear of losing black churchgoers. Thus it was confirmed that the ‘change’ candidate had fallen back on a ‘sacred’ religious belief he claimed to be representing, in furtherance of a policy that he now openly describes as a ‘civil right.’ There is a word for this sort of conduct. But it is not ‘hope’.”

The word is “liar”, but after six years of Obama, anyone paying any attention knows that he lies routinely and constantly no matter what the topic may be.

He lied repeatedly to secure support for the Affordable Care Act, otherwise known as ObamaCare. Passed into law by Democratic Party votes—no Republicans voted for it—the so-called contraceptive mandate has created many problems for Christians and others who are pro-life. In a similar fashion, many people of faith oppose same-sex marriage.

A new book, “Religious Freedom in America: Constitutional Roots and Contemporary Challenges”, edited by Allen D. Hertzke of the University of Oklahoma’s Institute for the American Constitutional Heritage, calls religion “an exceedingly messy area of constitutional law…because the boundaries of religion, state, and society are complex and ever shifting.”

For most Americans there is no shift in their view of marriage as a sacred rite exclusively between a man and woman. One can read the Old and New Testaments from start to finish and find no justification for same-sex marriage. From its earliest days civilization throughout the world has never deemed same-sex marriage lawful, but Americans are being told by its courts that the Constitution does.

The Founders who wrote the Constitution would be astonished to learn this.

As Mary Nussbaum wrote in the Summer 2009 edition of Dissent, “Government plays a key role in all three aspects of marriage. It confers and administers benefits. It seems, at least, to operate as an agent of recognition or the granting of dignity. And it forms alliances with religious bodies.” 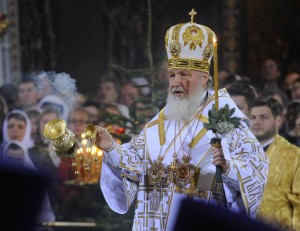 “Clergy are always among those entitled to perform legally binding marriages. Religions may refuse to marry people who are eligible for state marriage and they may also agree to marry people who are ineligible for state marriage. But much of the officially sanctioned marrying currently done in the United States is done on religious premises by religious personnel. What they are solemnizing (when there is a license granted by the state) is, however, not only a religious ritual, but also a public rite of passage, the entry into a privileged civic status.”  (Emphasis added)

When the Defense of Marriage Act was being debated, Sen. Richard Byrd (D-WVA) said,

“throughout the annals of human experience, in dozens of civilizations and cultures of varying value systems, humanity has discovered that the permanent relationship between men and women is a keystone to the stability, strength, and health of human society—a relationship worthy of legal recognition and judicial protection.” (Emphasis added)

That is what’s at stake. Homosexuals have been offered “civil unions” granting them access to the government benefits that “marriage” provides, but they have regarded this as stigmatizing and degrading. They have insisted that society change and, for most who hold a strong religious faith, that is impossible for the reasons stated by Sen. Byrd.

Ms. Nussbaum concludes saying, “The future of marriage looks, in one way, a lot like its past. People will continue to unite, form families, have children, and, sometimes, split up. What the Constitution dictates, however, is that whatever the state decides to do in this area will be done on a basis of equality. Government cannot exclude any group of citizens from the civil benefits or the expressive dignities of marriage without a compelling public interest.”

So, the 14th Amendment that guarantees the “equal protection of the law” will encompass the demand that citizens of the same sex can marry even if religions and those who see this as a threat to a well-ordered society disagree.

Religions in America, many of whom administer charities, maintain colleges and universities, and serve people of all faiths have encountered a world of problems following the passage of ObamaCare. They are also being challenged in schools and academia, and being told that any form of public prayer is unacceptable.

Here are just a few examples:

In 2006, Boston’s Catholic Charities shut down its historical adoption program after the State of Massachusetts refused their “conscience accommodation” in its licensing requirements. The same year, Morristown, New York began prosecuting Amish home-builders for code violations.

In 2009, the U.S. Equal Opportunity Employment Commission ruled that Belmont Abbey College in North Carolina violated discrimination laws by not offering birth control in its health plan coverage. A family court in Laconia, New Hampshire ordered a Christian mother to stop home schooling her daughter because she “appeared to reflect her mother’s rigidity on questions of faith.”

In 2011 Alabama law made it illegal for churches to serve undocumented immigrants, including baptisms, hearing confessions, anointing the sick, giving marriage counseling and providing Sunday school, Bible studies, or even providing Alcoholics Anonymous a place to meet.

In 2012 through 2014, facing huge fines for violating religious principles, more than 300 religious institutions and businesses filed lawsuits against the Health and Human Services contraceptive mandate.

As Hertzke noted, “A key measure of a free society, in sum, is the extent to which people are not forced to choose between sacred duties and citizenship privileges or obligations. This is what makes religious freedom foundational to the American constitutional order.”

In 1993 Congress seemed to have agreed. It passed the Religious Freedom Restoration Act (RFRA) which states that “government shall not substantially burden a person’s exercise of religion even if the burden results from a restrictive means of furthering” a “compelling government interest.” It was signed into law by President Clinton. Four years later, the Supreme Court struck down its core in Boerne v. Flores. It ruled that RFRA was unconstitutional when applied to state and local governments, but upheld it when applied to the federal government.

The question of whether religion in America is losing the battle for historical and traditional moral standards is one that affects people of faith and the society as a whole.

The ‘My House White House, What Difference Does it Make’ scandal

By Judi McLeod ‘Net Neutrality’ did not come of a sudden on February 26, 2015.  Net Neutrality more honestly called...