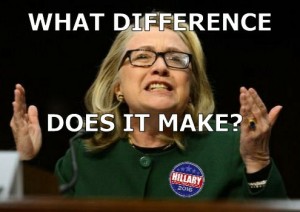 ‘Net Neutrality’ did not come of a sudden on February 26, 2015.  Net Neutrality more honestly called ‘the Neutering of the Net’ was already in place a long time ago.  Feb. 26 only made it official and is only the date the Obama regime used to demoralize what they see as the hapless masses under their imperial control.

Government business conducted in emails from private home accounts rather than from government office accounts was happening long before Hillary Clinton was caught in the headlights.

Proof of who really owns the ‘Net is transparent.

The Internet belongs not just as much—but more—to the terrorists of the day than it does to the average.

Western leaders allowed it to happen.  “No boots on the ground” is not the only apparent sign that the Obama administration is not serious about a fight with ISIS.  If you are truly engaged in battling ISIS,  you would start by cutting off their communication.

The Bolshevik Party Central Committee-created Politburo,  in Russian and Soviet history, exercised ultimate control over the Soviet Union until July 1990, and only went underground with the breakup of the Soviet Union in 1991.

With the breakup of the Soviet Union in 1991 and the subsequent banning of the Communist Party in Russia (1991), the Politburo also was effectively dissolved.

Or so they would have us believe.

Children in public schools of the day are not taught the names of Vladimir Lenin, Leon Trotsky and Joseph Stalin, most prominent of the seven Politburo members.

How can we expect them to recognize the billionaire communists of the day who get away with masquerading as ‘progressives’?

You can post your Mom’s favourite recipes, love notes and selfies on Facebook.  Terrorists can recruit and post their garish beheadings, but your Tube will be pulled for telling a truth the government doesn’t want people to hear.

In other words, Facebook trolls who drive teens to suicide get to stay online, but the YouTubes of earnest youngsters like 12-year-old C.J. Pearson are pulled.

According to Facebook’s duplicitous Mark Zuckerberg, you have to be 13 to be politically aware.

“Republican C.J.Pearson found out the price of his new found fame on Friday morning when a friend told him it had been deactivated for ‘suspicious activity’. (Daily Mail, Mar. 3, 2015)

“Fearing his video, which was watched by more than 1.4 million people, may have been the cause, Pearson hit out at the social media giant, accusing them of quelling any dissent towards Obama.

“The first sign that something had gone awry came on Friday morning when Pearson informed his followers on his public page he had lost his personal account.

“‘I am having my Editor, Alan Davidson, post on my behalf on this page while Facebook continues to lock me out,’ wrote the Columbia Middle School student according to Fox.

“‘The 1st amendment is obviously not a big concern to the powers that be at Facebook, but we will continue to fight back!’

“Demanding a response from Facebook, they duly replied and gave him a cast-iron reason why they banned his page – he is 12.

“Indeed, it is explicitly stated in Facebook’s terms and conditions that no one under the age of 13 can have an account.

“In a statement, Facebook said they were alerted to the fact that Pearson is 12 by a member of the public and acted accordingly.

‘You have to be 13 to have a Facebook account. This is a requirement, not a suggestion. He was locked out because he lied about his age, not because of the content,’ replied a Facebook representative.

“Pearson however, is not having that.

‘I would consider that complete malarkey,’ said Pearson to Fox DC. ‘Because in all honesty, there are many many people younger than me who have a Facebook account.’

‘I will not stop here,’ he added to FOX 5. ‘You cannot silence a voice that deserves to be heard. And I will continue to make as many accounts as possible.’

The bottom line is that ‘Time and time again, Facebook has shut down many conservative accounts after they decide to speak up.” (young Pearson to Fox & Friends Sunday).

Meanwhile, White House operatives create scandals in order to divert public attention from plans they’re not quite ready to hatch.

Hillary Clinton’s flying solo with government business emails sent from home was the best kept secret of cyberspace that everyone knew.

Who (aside from the White House, who received more of her emails than any other party) could ensure that Hillary Clinton’s emails were being sent from her Secretary of State offices rather than her Chappaqua, New York home?

For reasons as yet unknown, they were working on the scandal best described in layman’s terms as “White House, my house, What difference does it make?”

It’s more than likely that Obama, Joe Biden, Nancy Pelosi, Harry Reid and many others conduct government business from the convenience of home email accounts.

How did Obama communicate with ‘IReggie Love’? Did he email him or text him?  Most now know that Obama’s office is not really the Oval one, it’s in the casual comfort of his private family quarters where he can plot the takedown of America with Michelle and Valerie Jarrett at hand.

No, net neutrality didn’t get dropped upon us bomb-like on Feb. 26.  The carefully planned silence of We the People was bought and paid for the day social media joined the mainstream media to become complicit with the ruling government.

It bubbled along in petri dishes in a country-wide environment where there was already no such thing as Freedom of the Press.

Free speech had already gone the way of the Dodo.

There is no such thing as freedom online when terrorists have more net freedom than the average citizen.

Loss of freedom and individual rights was already running full scale before the Internet became ObamaNet.  It was running fast toward a completed agenda in dramatic changes to the public lexicon where it’s no longer safe to call an Islamic terrorist an Islamic terrorist.

It had already sprouted long tentacles when the IRS could control dissidents through putting the stall on charitable status requests, and in other ways far too many to count.

That’s why it’s more important than ever to remember that the only communication line still up and running is the personal one you have with the Creator.

It’s a very good thing godless progressives don’t seem to realize that the most powerful prayer isn’t the one that everyone can see you perform at the National Prayer Breakfast.

It’s the sincere and silent one you repeatedly say to the Almighty from your heart.

With all that is going on around you, courage can be found in the ‘Abandonment to God’s Providence prayer”

In Case You Missed It:  To survive, red states must now NULLIFY the federal government and declare themselves "health freedom zones" that DENOUNCE the FDA, CDC and OSHA
Posted in Freedoms.

Why Politicians Pretend Islam Has No Role in Violence

Prominent non-Muslim political figures have embarrassed themselves by denying the self-evident connection of Islam to the Islamic State (ISIS) and...