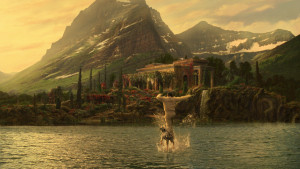 A jihadist with the Islamic State of Iraq and Syria has converted to Christianity after apparently dying and coming back to life.

Mohabat News reported that the ISIS fighter, who was unnamed, sustained multiple critical wounds in a battle between the Islamic State and elements of the Syrian Army in eastern Syria. He was abandoned by his compatriots and left for dead by the Syrian Army, but was rescued by members of the Saint Dominican Catholic Presbytery of Ayyash who wanted to give the man a proper burial.

However, after he was carried 26 kilometers by his rescuers, the man regained consciousness and immediately told a priest with the group of his visions during his near-death experience.

The jihadist said that he had been trained to die as a martyr and believed that he would be welcomed into the Gates of Heaven after martyrdom. However, according to the priest, the man saw the opposite of what he was taught to believe.

“(A)s he had started to ascend towards the light of the Heavens, devilish entities, or Jinns he called them, appeared and led him to the fiery pits of Hell,” the priest, Father Hermann Groschlin, recalled. “There, he had to relive all the pain he had inflicted upon others and every death he had caused throughout his entire life.”

The jihadist also claimed that Allah spoke to him and told him that he had “failed miserably as a human soul.” Allah then offered him a choice – to die and go to Hell, or come back to life and be given a chance to repent for his sins. He then woke up at that point. He eventually decided to convert to Christianity, as he believed that he had been misled in his beliefs in Allah.

According to Mohabat News, the jihadist fighter recovered from his injuries in a surprisingly short amount of time.

Islam is a tumor on the world, and is growing to become a cancer. It is an evil death cult....