The Border Patrol is reporting a severe spike in sex offenders sneaking into the U.S. 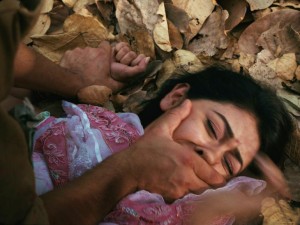 According to the feds, illegal immigrant sex offenders have been caught in every corner of the Rio Grande Valley.

Within the last five months, 144 apprehended.

During the same time last year, 93 sex offenders were caught trying to fly under the radar.

In December, a woman from El Salvador was picked up, who was convicted of child sex assault back in 2009. It reportedly happened in Dallas County.

Later that month, three Mexican nationals were caught near Harlingen.

In February, seven sex offenders were rounded up near McAllen, Harlingen, Falfurrias and Kingsville.

Less than a week later, another two Mexican nationals were caught. Two days ago, two Guatemalan men were arrested.

The sex offenders go to great lengths to avoid capture. Agents said they often travel through South Texas brush and try to blend in with large groups of illegal immigrants.

Agents cannot say why more sex offenders are attempting to cross. They often try to travel to the U.S. to avoid legal repercussions for the crimes they committed in their home countries.

The Border Patrol is also tracking an uptick in rescues. They are seeing a spike in both search and rescues on the Rio Grande and deaths.

Legislation introduced by a freshman congresswoman would ban lawmakers from using taxpayer funds for first-class flights and personal car leases....