(Conservativepapers) According to a source in the press service of the President of Russia in the near future is preparing a major announcement, and for this reason, heads of relevant media asked to be ready in the next few days for a possible press conference. 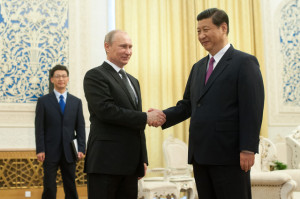 Putin knows Ukraine is receiving weapons for war from 11 countries right now what appears like Ukraine is planning for  war while verbally saying they agree to the German-French peace plan.

The Kremlin assured that Putin is in good condition, Dmitry Peskov told Forbes Russia. “I am planning to appeal to people who have money to organise a competition for the best journalistic hoax.” The western media has reported Putin is dead, has cancer, a new love child, and was overthrown in a coup.

We see the Kremlin milking the growing Western hysteria created by the absence of Putin from the media for a few days to hype its announcement which may or may not be of significant import to the average human on the planet.

But one thing is certain. The Kremlin’s PR campaign has jiggled the bait in just the right fashion to hook global media. The world will be watching with baited breath for the ‘major’ announcement from the Kremlin when it occurs in the next few days.

The world is at a cross-roads. The Grand Chessboard has so much tension built upon the center of the board that exchanges are inevitable. Exchanges in chess are the elimination of pieces from the game. 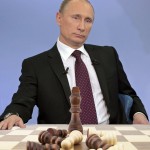 The West is attempting to destabilize Russia both internally and on its borders. Russia is attempting to establish an alternative New World Order simply to defend the attacks by the West and preserve its independence, sovereignty, identity and self-determination.

Geopolitical circumstances demand our attention. I’ll be watching the Kremlin’s major announcement. I’m in hopes that Putin will give it from the advantage of excellent health — physically and politically. It adds spice to the game.

Some other rumors are Putin dropped off the face of the earth because he was in talks with China and there was going to be a major announcement on Monday (maybe) that would weaken the dollar.  Or an The announcement  over Russia joining China and North Korea to create the East-Eurasian Union, an opposition alliance to the United Nations.  Even that China and Russia will have their own ‘NATO’,  China backing Russian if there is a war with Ukraine;  Russia then also backing China in its territorial disputes in the South and East China sea.

China provides Russia with a non-Western source of credit in exchange for Russian training and military backing,  we don’t know. We do know the USA and NATO pushed for regime change in Ukraine, so called”Democracy” brought to Kiev by the end of Molotov cocktails and now a revolution in the east, Russia has been backed into a corner.

China has been getting uneasy over the western treatment of Russia, China is now concerned and said they are having a “pirate-style sense of insecurity” in response to recent comments from Washington expressing concern over Beijing’s territorial claims in the disputed South China Sea.

From the Russian perspective, NATO has advanced in recent years almost to its borders. One by one nations once in its orbit have fallen into the Western camp, often joining the EU and NATO.  Bloodshed in Europe and the Middle East is of enormous concern to Russia, and also their backyard, said Former Soviet President Mikhail Gorbachev. 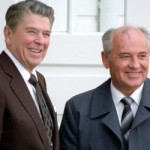 conflict could escalate into a nuclear Third World War. Gorbachev warned that a major war in Europe would “inevitably lead to a nuclear war.” He added, “If one side loses its nerves in this inflamed atmosphere, then we won’t survive the coming years.”

Gorbachev is not alone in warning of the dangers involved in the Ukraine conflict. Former US Secretary of State Henry Kissinger, who has been involved in countless crimes of US imperialism, spoke Thursday before the US Senate Armed Services Committee, declaring himself “uneasy about beginning a process of military engagement [in Ukraine] without knowing where it will lead us and what we’ll do to sustain it.”

The 91-year-old Kissinger added: “I believe we should avoid taking incremental steps before we know how far we are willing to go. This is a territory 300 miles from Moscow, and therefore has special security implications.”

Russian’s see NATO as one that seeks to interfere with everything and everywhere, it wants to expand beyond its designated territory. They see USA as a ‘Our policy is right. The Americans under Obama have lost their way. Any attempt to create a one-sided, mono-polar world is just complete and utter nonsense; and now Russia and China may become new enemies. Obama’s foreign policy blunders may have put the world at a great risk, not to mention the mess he created in the Middle East.

Obama screwed up in Ukraine and wants Russia to keep quite when NATO is at its back door. Imagine Russia doing a proxy war in Mexico or Quebec (get the picture), that’s how the Russians see this mess. It’s Obama and NATO that put Putin and Russia in to a corner, and giving Russian’s few options but to fight for their countries survival.

In Case You Missed It:  The FDA protects the tobacco industry while pushing spike protein bioweapon jabs
Posted in Freedoms.

By Andrew G. Benjamin And political lies that hurt and divide the nation matter even more. Western, English and Common...