Barack Obama is a huge fan of power.  He believes power is a good thing.  And there is no such thing as too much of a good thing. 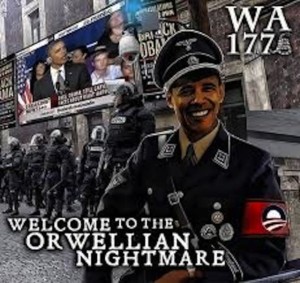 Now, according to al.com, Obama wants to control the local police.

Obama’s Department of Justice announced last week the six cities that will serve as national pilot sites of a $4.7 million National Initiative for Building Community Trust and Justice. The six cities are Ft. Worth, Minneapolis, Pittsburgh, Stockton, Birmingham and Gary, Indiana.

Birmingham officials expressed delight in the takeover. “We are truly honored that DOJ would select Birmingham as one of six national pilot sites,” said Birmingham police Chief A.C. Roper.

“We’re all aware of the modern day issues and national discussion on policing in America,” declared an observant Roper.

Roper feels Birmingham needs help from the federal government to gain trust from its citizens,  “Although we’ve worked extremely hard building bridges in our communities we saw this initiative as an opportunity to strengthen relationships, increase public cooperation, and improve the perception of police legitimacy across our city.”

“We truly recognize that the Birmingham Police Department cannot be successful without community support and community trust. This three year project will allow us to serve as a national police model and increase our capacity to serve our citizens,” said Roper.

While we can appreciate Roper’s concern about the public image of the police, we are deeply concerned that he believes turning to the federal government of Obama and Holder is a move in the right direction.

Senate Letter to Iran “Right Thing to Do” Because Jewish Lives Matter!

By John W. Lillpop Barack Obama, in his insidious and unlawful quest to “fundamentally transform” America, has introduced a new,...