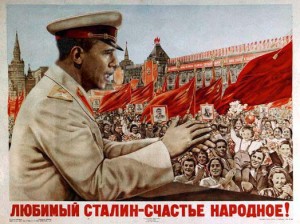 It is the latest radical leveling scheme that flows from the president’s totalitarian impulses. It is also consistent with his support for “Net Neutrality,” which is a form of censorship and his opposition to the landmark Citizens Uniteddecision that affirmed a conservative activist group’s constitutionally guaranteed right to make a movie critical of Hillary Clinton. It is an assault on American democracy itself because one of the ways that people express themselves politically is to stay home on Election Day. Compelled speech is not free speech.

“It would be transformative if everybody voted,” Obama said just months after his party was crushed in off-year congressional elections that gave Republicans control of both houses of Congress.

“That would counteract [campaign] money more than anything,” the president said during a discussion about reducing the role of money in elections. “If everybody voted, then it would completely change the political map in this country.”

Australia and a handful of other countries have mandatory voting laws, he noted. Pushing for such laws in the U.S. “may end up being a better strategy in the short term” than attacking Americans’ right to make campaign donations.

Obama whined that Democrats often don’t get around to voting in midterm elections. “The people who tend not to vote are young, they’re lower income, they’re skewed more heavily towards immigrant groups and minority groups,” he said.

But Obama only wants the right people to vote. That didn’t happen in the fall so he wants to force lazy Democrats off their couches and into voting booths. As theWashington Times reports, “in House races nationwide last November, about 5 million more Republican voters cast ballots than Democratic voters.”

What Obama didn’t say was that forced voting would benefit the Left. Making everyone including ultra low-information voters cast ballots would promote the redistribution of wealth and provide Democrats a permanent electoral advantage.

Honest leftists admit this while they clothe their rhetoric in moral garments and hoary civic cliches about the joys of full political participation.

Leftist academics, for example, favor mandatory voting because it leads to Marxist mobocracy.

The pursuit of the holy grail of so-called social justice serves as the justification for a never-ending war that the Left helps the nonproductive elements of society wage against the productive. Left-wingers suffer from a pathological hatred of material inequality and they abhor the freedoms guaranteed in the U.S. Constitution. It bothers them to no end that some Americans have more stuff than others.

Academics “Down Under,” where failing to vote is against the law, apparently share the same pathologies as their American counterparts.

According to Lisa Hill, a politics professor at the University of Adelaide in Australia, “America has a serious voter turnout problem,” and as a result “American democracy is dying.” Of course this foreign doomsayer presents no credible evidence that this is a problem in American society. Her chief concern is that there are some Americans who have more money than other Americans.

Forcing Americans to vote would boost the redistributionist efforts of government, transferring wealth from those who earned it to those who did not, she openly admits:

“The most decisive means for arresting turnout decline and closing the socioeconomic voting gap is mandatory voting: in fact, it is the only mechanism that can push turnout anywhere near 95 percent. Places with mandatory voting also have less wealth inequality, lower levels of political corruption and higher levels of satisfaction with the way democracy is working than voluntary systems.”

Boiled down to its essence, Professor Hill’s phony, self-serving, good-government claptrap, promotes the growth of government and involuntary transfers of wealth.

Besides, close to 100 percent voter turnout isn’t necessarily a sign that democratic culture is thriving in a country, contrary to Hill’s implication. History suggests the opposite. Sky-high voter participation is associated with despotic regimes that punish citizens for not voting. (The Stockholm-based International Institute for Democracy and Electoral Assistance, or International IDEA, offers an interesting primer on compulsory voting at its website.)

“In undemocratic regimes it is often the case that political and social pressure, intimidation or other means drive people to the polls,” according to the Centre for European Policy Studies. “This was the case in the Soviet Union and Eastern Europe and still occurs in Central Asia and North Korea.”

But left-wingers are broken records, always complaining about supposedly inadequate voter participation rates, something that is only a problem in the eyes of control freaks. They want to expand the electorate by any means possible. They want, as the fraudsters of ACORN demonstrated for four decades, the dead, cartoon characters, and fictional figures to be registered to vote and to actually cast ballots. The want felons, an important constituency in the Democratic Party, to vote.

Boosting voter turnout was President Bill Clinton’s first legislative priority even though he “had just won an election in which the country had seen the largest increase in voter turnout in a generation,” according to journalist John Fund. “Nonetheless, President Clinton declared a ‘crisis’ in civic participation and proceeded to ram the proposed law through Congress.”

“Enlisting millions of new and politicized voters is the way to create an electoral environment hospitable to fundamental change in American society,” they explained in a 1983 article titled “Toward a Class-Based Realignment of American Politics: A Movement Strategy,” as I wrote in my book, Subversion Inc.: How Obama’s ACORN Red Shirts are Still Terrorizing and Ripping Off American Taxpayers.

“An enlarged and politicized electorate will sustain and encourage the movements in American society that are already working for the rights of women and minorities, for the protection of the social programs, and for transformation of foreign policy. Equally important, an enlarged and politicized electorate will foster and protect future mass movements from the bottom that the ongoing economic crisis is likely to generate, thus opening American politics to solutions to the economic crisis that express the interests of the lower strata of the population … The objective is to accelerate the dealigning forces already at work in American politics, and to promote party realignment along class lines.”

Artificially enlarging the electorate beyond those who bother to keep abreast of public affairs can only help progressives. Obama knows this. This is why he spends so much time trying to be cool, reaching out to the uneducated and the ignorant, reading comical Top 10 lists on late night TV shows, and referencing trivial things in interviews. He knows he can lie to his audience with impunity because its members have little to no idea what he actually stands for. They vote for him because they like him and feel that he cares about them. They are unable to connect him to his disastrous policies that are destroying America. In other words, they are ideal voters, as far as the Left is concerned. And it is no coincidence that Obama and other left-wingers also support open borders and immigration amnesties for illegal aliens because they know the new voters will be grateful to Democrats and support them for life. After all, who doesn’t like Santa Claus?

Obama, the Red diaper baby, embraced Cloward and Piven’s class warfare-based electoral strategy in 1992 when he worked for ACORN’s Project Vote affiliate. “All our people must know that politics and voting affects their lives directly,” he said. “If we’re registering people in public housing, for an example, we talk about aid cuts and who’s responsible.”

Out of appreciation for their hard work on the Motor-Voter legislation, President Clinton hosted Cloward and Piven at the signing ceremony for the bill and thanked them by name.

That law turned welfare offices into voter registration centers and encouraged nonprofit groups to conduct registration drives. It also opened the door to massive voter fraud. The law invites voter fraud by forcing states to register on the spot anyone seeking a government benefit such as a renewal of a driver’s license or welfare.

The statute also forbids officials from demanding proof of U.S. citizenship or identification. States were also forced to allow mail-in voter registration, which made it easy for troublemaking activists to place false names on the rolls without any human contact with a government official. Mail-in voting, of course, is the opposite of the secret ballot because a bureaucrat has to examine the mailed-in ballot. States were also under orders not to purge the dead, criminals, or people who moved from the voter rolls for a minimum of eight years.

Now that the Left has partially rigged the electoral system, they want to force everybody to vote.

An Obama alumnus brought up mandatory balloting almost three years ago. During the 2012 election cycle when ever so briefly it seemed that Mitt Romney might actually have a shot at ousting Obama, Peter Orszag, former head of the Office of Management and Budget, floated the idea of coerced voting.

Orszag moaned that even though the U.S. “prides itself as the beacon of democracy … it’s very likely no U.S. president has ever been elected by a majority of American adults. It’s our own fault—because voter participation rates are running below 60 percent, a candidate would have to win 85 percent or more of the vote to be elected by a majority.”

The former top Obama bureaucrat then revealed that his real motivation was to launch an assault on Americans’ constitutionally protected free speech rights.

“Beyond simply raising participation, compulsory voting could alter the role of money in elections. Turn-out-the-vote efforts, often bankrolled by big-money groups, would become largely irrelevant. Negative advertising could be less effective, because a central aim of such ads is to discourage participation in the opponent’s camp.”

Obama and his lackeys only support democracy when they are on the winning side. When they lose and their candidate is in the White House, they become staunch advocates of overbearing executive actions. They rejoice at Obama’s ugly boast that he wields “a pen and a phone.”

They want to make it more difficult for Americans to express themselves during election season. They want to make it easier for people who don’t give a farthing’s cuss about the governance of the country to find their way into voting booths. They support protracted early voting periods because that makes it much more expensive to get messages out to voters. They want people who are easily manipulated and susceptible to demagoguery to cast ballots.

Left-wingers support all these things because they know that in a fair contest they could never beat patriotic Americans who aren’t hellbent on fundamentally transforming the United States of America.

Their salvation lies in ridiculous schemes like compulsory voting and lying to the public.

And they will demonize anyone who gets in their way.

The Daily Signal has exclusively learned that Sen. Mike Crapo will offer an amendment Thursday to the Senate’s budget proposal...