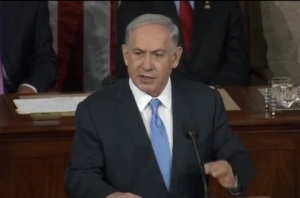 Barack Obama’s policy with respect to keeping nuclear weapons out of the hands of Iran’s regime of terrorists has always assumed that the Mullahs can, and should, be trusted and taken at their word, and that “strategic patience” be applied.

In February, Obama made the following statement:

“The challenges we face require strategic patience and persistence. They require us to take our responsibilities seriously and make the smart investments in the foundations of our national power.”

“I doubt ISIL, the Iranian mullahs, or Vladimir Putin will be intimidated by President Obama’s strategy of ‘Strategic Patience.’ Lindsey Graham.”

While Obama continues to bend as necessary to placate the Iranian Mullahs, the man has little or no obvious strategic patience for the cause of Israel, its six million residents, or Prime Minister Benjamin Netanyahu.

Indeed, Obama greeted Netanyahu’s March 17 election victory with scorn and contempt, while signaling a marked shift in US policy with respect to our important ally, including possible abandonment of Israel at the United Nations, a body already infamous for anti-Semitic, anti-Israel hysteria.

Obama’s ire against Prime Minister Netanyahu seems personal, based on jealousy and resentment, as if America’s powerful president is angry because his influence and efforts to derail Bibi failed, despite the White House- orchestrated infusion of American cash and political expertise into Israel on behalf of Bibi’s enemies.

While Obama’s reaction is akin to that of a dejected teenager who failed to make the High School varsity football team, the president seems prone to forget that the State of Israel is fighting for its very existence against insane Islamofascists who continuously remind the world that eradication of Israel through violence is the only acceptable solution.

Given all that Israel faces, why not some “Strategic Patience” for the real underdog in the Middle East, Mr. President!

In Case You Missed It:  STUDY: Delta variant could become completely immune to all existing vaccines
Posted in Freedoms.

The Ferguson Hoax and Media Truth-telling

By Cliff Kincaid You know the standards of the media have hit rock bottom when a liberal commentator makes news...