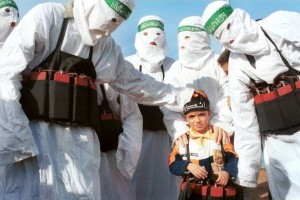 Why We Must Ban Islam

How can we describe a “religion”? By its followers number? If there were “one billion” (like Muslim number all over the world) Satanism believers who support that they have right to sacrifice children because of their belief, can you say “of course, we have belief freedom”?

Islam cannot be reformed, if it was possible, it must have been reformed since 1400 years. Islam cannot be reformed because of internal structure of its theology. Islam theology raised from Quran and hadiths have concrete orders about the daily life of the Muslims, for example the ratio of grab that the Muslim army will take after a war with non-muslims or the permission to enslave women and little girls as spoil of war, or how Muslims must kill homosexuals, apostates, non-muslims, or how Muslims must cut hand of a thief, how Muslims must stone to death a woman for adultery, etc.These orders of Islam having voilence, hatred, terrorism can not be interpreted on a humanistic ground. How can you reform these barbaric verses of Quran?:

You can find many other verses like these in Quran. How can a belief based on that kind of barbaric orders can be reformed and transformed to a humanistic structure?

Christianity and Judaism had been reformed hundreds of year ago, but Islam not. Today there is no Jew in the world stoning to death women for adultery, there is no inquisition courts in Christianity, but Islam is still at medieval age. Same violence of the Arabic war lord Muhammad is still valid since 1400 years. Muslims can still rape a child at 9 years old like Muhammad did. Muslims can kill all non-muslims, attack them, invade their country, grab their properties, lands, money and rape, enslave and sell their women and little girls as Muhammad did. They are still living at medieval age, but the civilized world had already passed primative ages hundreds of years ago.

“Islam calls for Sharia Law to supersede Civil Laws hence Human Rights Laws are rejected by Islam. The Strasbourg-based European Court of Human Rights ruled in February 2003 that Islamic Sharia law is “incompatible with the fundamental principles of democracy.” The court said that a legal system based on Sharia law “would diverge from the European Convention on Human Rights, particularly with regard to the rules on the status of women, and its intervention in all spheres of private and public life in accordance with religious precepts.” Further, the European Court of Human Rights determined on July 31, 2001, that “the institution of Sharia law and a theocratic regime, were incompatible with the requirements of a democratic society.”

The Universal Declaration of Human Rights is the basis of the European Commission and UK Human Rights Act and says the following, in brief, and in italics a summary of Islamic breaches:

Article 1.
All human beings are born free and equal in dignity and rights. They are endowed with reason and conscience and should act towards one another in a spirit of brotherhood.

Islamic nations following Sharia Islamic Law do not follow through on this basic right – neither towards its women, nor towards apostates, nor towards non-Muslims or gay people. The Koran teaches that non-Muslims are less than human and that the death penalty of apostasy is death. It has been shown that a portion of the Muslim population in the UK has systematically abused non-Muslim girls and boys (children) and had female genital mutilation performed on their girls either in the UK or by taking UK citizens abroad for the procedure. The rights of women are of particular concern in the UK but also the right of apostates to leave Islam without needing to fear for their lives. Similarly the right of anyone to criticise Islam without fearing death, and the right of soldiers to walk their own land in uniform without fear of being brutally murdered, as happened to Drummer Lee Rigby. Read the verses of violence here.

Article 4.
No one shall be held in slavery or servitude; slavery and the slave trade shall be prohibited in all their forms.

The use of slaves in Islam is well documented throughout Islamic history is alive and well in Isis and other Muslim nations today and the Hadith shows that Muhammad himself owned and traded in slaves. The Koran provides Muslims with rules regarding sex with slaves. Isis are today enslaving the women and children of their self-declared ‘enemies’ such as the Yazidis, whilst killing and maiming their men. In Mauritania and Sudan Arab Muslims today still have slaves of among the Black Muslim people.

Article 5.
No one shall be subjected to torture or to cruel, inhuman or degrading treatment or punishment.

Islam uses the ‘revelations’ of Muhammad in the Koran and the example of his life in the Hadith as the foundation of the belief system. In the Hadith it says:
‘He (The Prophet) had their hands and feet cut off. Then he ordered that nails should be heated and passed over their eyes, and they were left in the rocky land of Medina. They asked for water, but none provided them with water till they died.’ [30.18]
There are numerous examples of Muhammad himself ordering stonings, beheadings and murders in the Hadith. Isis is simply copying the example of Muhammad in their barbaric treatment of human beings today – and Saudi Arabia still beheads and stones people to death, whilst Iran has public hangings of its people for such ‘sins’ as being gay or having committed adultery – as per the Koran and Hadith. Female Genital Mutilation (FGM) is another practice common in the Muslim world and sadly it takes place within the UK too. This is the barbaric, cruel, degrading and dehumanising practice of slicing a young girl’s clitoris and labia off without anaesthesia, then roughly sewing what is left back together, sometimes using thorns. Young girls often experience pain, infection, incontinence and terrible problems during urination, menstruation, sex and giving birth. The practice of child marriage again is rampant in the Muslim world, and is known to occur in UK mosques.
The Koran calls unbelievers ‘Kaffirs‘ and states they are only good as property (slaves), to pay taxes to Muslim masters or for death:
“Indeed, the penalty for those who wage war against Allah and His Messenger and strive upon earth [to cause] corruption is none but that they be killed or crucified or that their hands and feet be cut off from opposite sides or that they be exiled from the land. That is for them a disgrace in this world; and for them in the Hereafter is a great punishment.” [5: 33]
It is no coincidence that crucifixion is used by Isis nor that non-Muslims are treated with contempt, killed and persecuted.

Everyone has the right to freedom of thought, conscience and religion; this right includes freedom to change his religion or belief, and freedom, either alone or in community with others and in public or private, to manifest his religion or belief in teaching, practice, worship and observance.

Apostasy carries the death penalty in Islam. Critics of Islam such as Ayaan Hirsi-Ali must live under constant protection. Other critics have been brutally killed – see Theo van Gogh. Jews have been targeted in European attacks by Jihadists which has resulted in UK Jews being advised not to wear outward signs of their faith and has resulted in Synagogues requiring special protection. It is completely intolerable for anyone to have to live in fear for their lives in the UK because of what they believe or what they think or say.“

The main problem is bigger than “some extremists”. The Muslims called “moderate” are the ones who don’t obey to all orders of Islam, and they are due to be “radicals” anytime, especially their young men and women. So, in fact, there is no “moderate” Muslims. Also Recep Tayyip Erdogan has declared this reality with saying; “The term ‘moderate Islam’ is ugly and offensive. There is no moderate Islam. Islam is Islam.” He is right, because there is no difference as moderate-radical Muslims, there is no seperation as Islam and Islamism, all of them are same. So, our main enemy is not “some extremist” Muslims, but Islam’s itself.

How Ted Cruz Plans to Win the Presidency in 2016

During an interview last month at CPAC, Sen. Ted Cruz holds nothing back when explaining what it will take to...